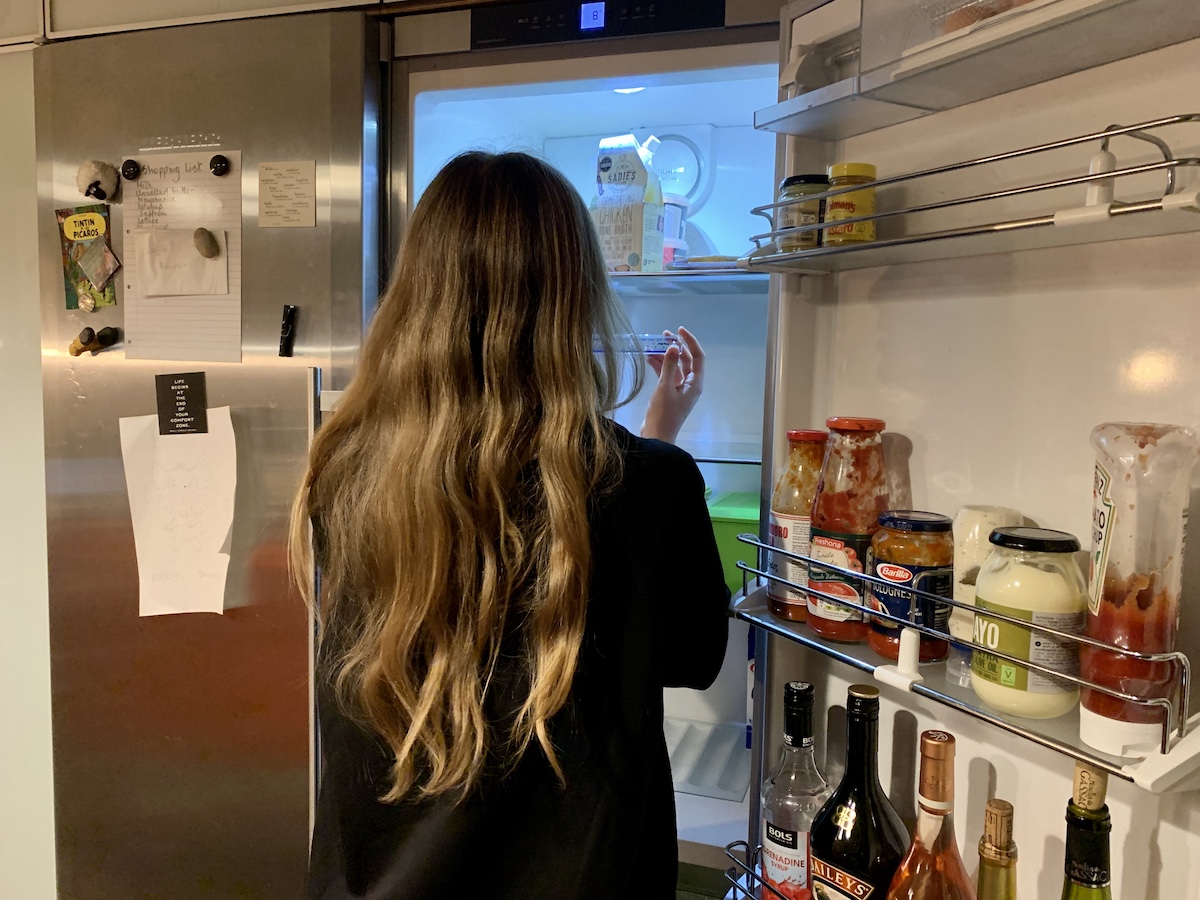 We have the best chats in our house, although generally when we start chatting, I get carried away telling stories and my daughters think I’m certifiably mad. Take last weekend. My youngest, the organiser, decided it was time to attack the fridge. There are things in there that would be considered a biohazard in a laboratory never mind in the middle shelf of the fridge door – yes, I’m referring to you, open jar of anchovies who have now attained terrible twos status, by that I mean two years after use by date!

As we sat at the kitchen table perusing fridge storage solutions in the store Homestore + more, I was prompted to consider what magician of marketing came up with the name? It's very singularly Irish to name a shop something bleedin’ obvious so there is absolutely no danger that anyone seeing the name will misunderstand what it sells. “What about the name Jim?” “Well, like, what does it sell?” “You know, stuff for the home and a bit more”. Eureka! Homestore + more!

Of course, it's far from unique to shop naming. In this country we have something of a tradition of saying it as it is. We don’t really go in for complicating things, certainly not when it comes down to business. So, all that fancy schmancy, subliminal advertising, clever wordplay, all those snappy slogans and lyrical logos (yes, yes, I know, how can a logo be lyrical? - poetic licence) have no place in the manual of Irish marketing! Take the department store Shaws. Its slogan is the now iconic ‘Almost Nationwide’. Or how about the powerful nomenclature that is, wait for it… ‘Supervalu’. Or that infamous purveyor of sleeping surfaces – ‘Mattress Mick’. My grand uncle had a tiny, basic grocery store back in the early 70s. The name was positively visionary – Nu Deal! It was the American influence you see.

Actually, it’s not entirely fair to say Ireland is alone when it comes to an apparent lack of imagination in the naming stakes. What about the seemingly pedestrian slogan of UK varnish giant Ronseal – ‘Does exactly what it says on the tin’! And I remember a little music shop in the town near to where my grandfather lived in Italy called ‘Tutto per la musica’ (Everything for music). Not 'The violent violin' or 'The crashing cymbal' or 'Strike the right chord'. Surely, given that Italian is so much more musical than English, there has to be a more onomatopoeic name for a music store than 'Tutto per la musica'? But no, this was the best they could come up with. I visited the town about ten years ago, after an absence of over 20 years, and I am happy to report that ‘Tutto per la musica’ was still there. Not only that but the original sign above the shop also remained unchanged. It just goes to show...people clearly appreciate that it does exactly what it says on the tin, so to speak. Personally, I think it’s some sort of reverse psychology at play. You’re unlikely to forget something that you find vaguely ridiculous for its simplicity and lack of imagination, are you? Some of our most effective and well-loved TV adverts have succeeded because of their simplicity, because of getting to the nub of the matter, the intrinsic nature of the product, the feeling. Sometimes it’s the charming naïveté of the name or tagline, sometimes it’s the fun factor, and sometimes it’s the association of an idea. Who could forget Harp’s “Sally O’Brien and the way she might look at you”? I’m back to my childhood again now. Google it!

A few years ago, on a weekend break in Germany, my husband and I and my brother and his wife came across the tiniest, most attractive, little bakery, one of those places where the aroma of fresh bread lingers on the air as you approach, so that your nose leads you to the door. Actually, in this case, a window, through which the bread was handed out to customers queuing in the street. We oohed and aahed and then considered opening such a bakery in Ireland, one that sold nothing but fresh breads. No cakes, no buns, just bread, pure and simple. What would we call it, we wondered? As we walked, we talked and contemplated suitable names and, at some point, one of us (I’m not sure which, though my brother will certainly take the credit) came up with the idea of wordplay based on substituting the word love for loaf. For the rest of the afternoon, we could be heard wandering the streets shouting, “All you need is loaf”, “Loaf me do”, “What’s loaf got to do with it?”, “In the name of loaf”. A favourite was Dr. Strangeloaf and Loaf in the time of cholera (for the more cerebral among you). Then there was “Endless loaf”, “Can’t buy me loaf”, True loaf”, “Loaf story”, “The power of loaf”, “Addicted to loaf”, “Unrequited loaf”, “Loaf actually”, “Loafjoy”. Needless to say, we got a bit carried away although it was considerably less embarrassing than my brother recreating aJason Bourne scene on the Pont Neuf in Paris during another trip. Being on a weekend break from young children does strange things to a parent. We even got biblical with the theme “The loaf that dare not speak its name”. At random intervals over the weekend, another pun would occur to one of us and we could be heard saying “wait I have it…The greatest loaf of all”. In the end we settled on the name Dr. Strangeloaf for our bread shop and decided that each different bread type would have a ‘love’-themed name as well. So, the Trueloaf, the Unrequited loaf, the Loaf potion, the Loafjoy etc. I think you'll get my drift. We never did open the bread shop. Such a waste of a weekend’s brainstorming!

So, after scaling the dizzy heights of genius wordplay, pardon me if Nu Deal just doesn’t cut the mustard with me.

Let’s backtrack for a moment. Names are unlikely to break a business, but a good name is a big advantage, and a good slogan can elevate it even further. So, what about Shaws – almost nationwide? Who were the geniuses that came up with that one? Laugh at it you might but you don’t forget it. It says so much by saying so little. It disarms you. It's a lesson in humility. You can almost hear Mr. Shaw or Mrs. Shaw saying “Ah, no, we’re not nationwide yet, we may have conquered Mullingar but we haven’t cracked Tullamore”. “Grand so, almost nationwide it is”. It’s definitely amusing for its honesty and humility and it is quintessentially what we’re about as a nation, or at least what we were about before we lost the run of ourselves. But Shaws doesn’t need any influencers to shout about its brand because it’s ingrained in the minds and hearts of a nation, or…almost a nation!

After she had begged me to stop talking (I get that a lot in our house) because her cheeks were sore from laughing, the organiser finished the fridge endurance test and it is now a joy to behold. The ‘cleanager’ strikes again! I’m off to register the name.