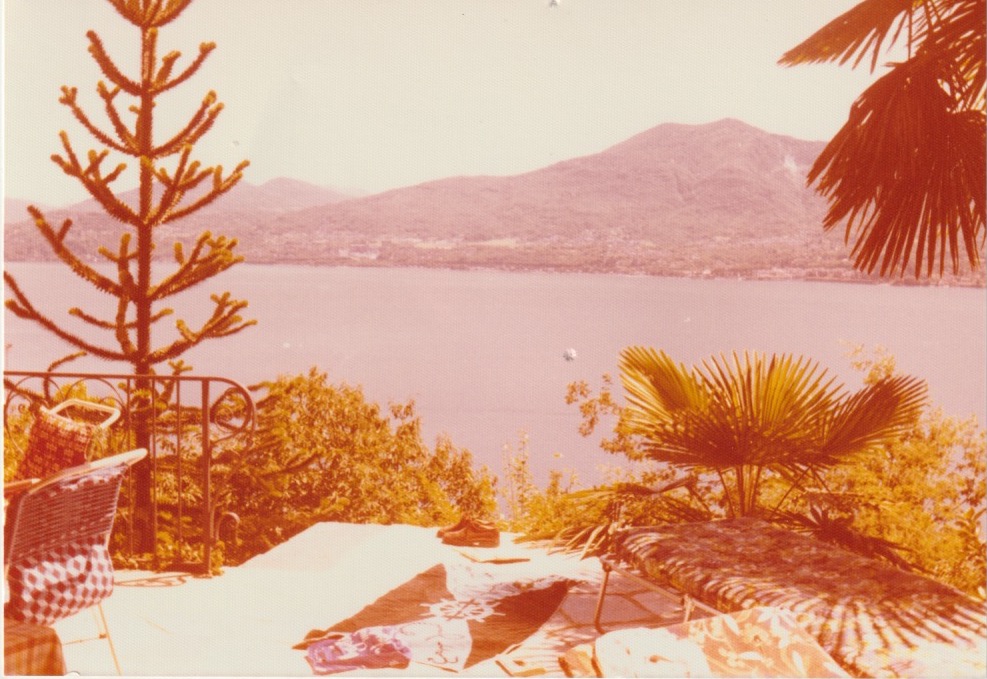 Be warned…this blog may be laced with more nostalgia than normal!

We weren’t planning to take another Italian trip this summer but last year one of my good friends booked tickets to the opera in Verona and, sadly for her, she couldn’t make it so she offered me the tickets and her hotel reservation (it’s pretty difficult to get a decent hotel booking in Verona near the amphitheatre during opera season). The plan was to fly in one day and out the next, purely to attend the opera, but then I had a brainwave, sort of forced upon me by the crazy price of flights to Verona from Dublin. Unfortunately, my new plan involved car hire, which also turned out to be extortionate, and reluctantly I decided there was no point. I was telling another of my friends our idea and she said she and hubby would love to join us. Car hire shared is car hire halved! We were back on track.

Flights to Milan (some juggling…cheaper to fly into Milan Linate and out of Milan Malpensa), a hop and a skip to Lake Maggiore for two nights and then to Verona for one night and the opera, Verdi’s Nabucco (haven’t seen it before), with great seats. My parents went to Aida in Verona over 40 years ago and were sitting on the stone steps. Mum couldn't stick it and they left at the interval. But back up there for a minute Roisin…Lake Maggiore. My summer retreat for 18 summers.

I still recall standing outside my grandfather’s house early on a clear Italian summer morning, in July of the year I left school, a few days before my 18th birthday, as we hugged my grandfather goodbye and piled into our hire car to return to Milan for our flight home. I recall twisting around in the back of the car and seeing my grandfather getting smaller and smaller as we moved further and further down the mountain road. With his health failing, he had decided to sell his beautiful house, our home from home every summer since I had been a baby, with its splendiferous views over the lake. It was the last time I would spend a summer in that magnificent place. I’d see my grandfather one final time when my mum and I visited him at his home in Germany for his 80th birthday in December of that same year, but by the following summer he had died.

A little piece of each of us remains half way up the western side of the lake, where the summer storms would jolt us from our beds in the depth of the night. Peering out through the tall French doors of our bedroom, we'd watch the spectacular sheet lightening display that illuminated the lake below, and retreat under the covers when the thunder exploded like a thousand Gods slamming their mighty fists on a table in anger. And then the rain would start, as suddenly as if someone had turned on an enormous tap, rain like we never experienced in Ireland, a deluge, the huge drops bouncing off the stone terraces like a million clear rubber balls. But I particularly loved when one of these storms happened during the day because I could wheel my grandmother’s old wicker sun lounger under the overhang of the upper terrace, snuggle up under a few beach towels and read my book while all hell broke loose in the skies above. There was something otherworldly about it.

I remember the Sunday walks from the house to lunch in a local trattoria where old, toothless men sat outside chewing on bread rolls and sipping red wine, and Marzetti, the owner, who had a black beret permanently attached to his head, would present us with starters of lasagne, cannelloni or spaghetti (to this day I haven’t had a lasagne or cannelloni that deserves to be compared on any level with his), mains of thinly sliced veal or beef, golden roasted slices of potato and a salad of very finely shredded lettuce. If there was one meal I could request again before I die…!

If I close my eyes I can see virtually every landmark on our walk along the meandering mountain roads - the tiny farmstead where an old farmer kept a motley crew of dogs, chickens and rabbits in wooden and stone ramshackle sheds, the grotto on the left of one bend where locals left flowers at the Virgin Mary's feet, the small waterfall on the left of the next, a fence on our right where purple passion flowers weaved their way through the foliage and popped their heads out as if to say “have you ever seen anything as magnificent as us where you come from?” (truthfully, no!). But I found them to be angry flowers. Their furious little faces seemed to challenge you to touch. I imagined that their twisty centres would morph into mouths that would bite your hand off. I was afraid of them. And then of course there was the magic tree!

At a point in the windy mountain road, beyond the waterfall bend and the grotto bend, there was a break in the hedgerow and someone had fashioned a narrow shortcut through the bushes and trees directly to the lower road. It cut about 10 minutes off the hour long walk so naturally we went that way. If I’d known aged 5 or so that there were snakes in Italy there is no earthly way I’d have risked it! Funnily enough my Mum rarely joined us on these walks, instead accompanying my grandfather and step grandmother in the car straight to the restaurant. Smart move!

Anyway, at some point when I was around 3 or 4 my Dad invented the magic tree, a tree on this shortcut that delivered sweets or sometimes money to Dad when he jumped up at its branches. He may have been reading us too many Enid Blyton fairytales at the time! Magic was a big feature…stories such as the Wishing Chair that brought a brother and sister wherever they wished, and the like. Arriving at the magic tree was one of the highlights of our weeks in Italy. Dad told us later that he regularly forgot to put some sweets in his pocket before setting out on the walk and half way he’d remember and have to frantically scramble about for some coins instead, or very occasionally a 1,000 lira note (don’t get too excited, that was about 50 cents in today’s money!) But getting a note from the magic tree was the ultimate prize. We felt the tree must be very pleased with us and we walked a little taller for the remainder of our journey, notes tucked proudly in our pockets or folded tightly in our small hands. Sometimes there was a story about how the magic tree didn’t always give you a gift (clearly on these occasions Dad had no small notes either!😂). And then one year we got to the shortcut and there had been a fire, lots of the undergrowth, bushes and trees had burnt (whether by accident or design I’m not sure) and we couldn’t find the magic tree. We were devastated. But while it lasted it was the most wonderful thing. My Dad continued the tradition with our children except the magic tree was in his garden in Ireland. There is nothing quite as endearing as the squeals of excitement from little girls when their grandfather produces sweets from a big old tree! Magical! He derived such pleasure from giving pleasure to all of us!

So here I am, back in this place where musicians, writers and poets found inspiration, where the dreams of little children really did come true, back where in many ways it all began for me because it forms my earliest and happiest memories.

My perspective is slightly altered though because we are staying on the opposite side of the lake this weekend, but we will take the ferry across to my favourite little town of Pallanza and dine in a restaurant that has existed since I was a child and which we regularly visited with my grandfather. For me there is nowhere closer to Heaven than right here.