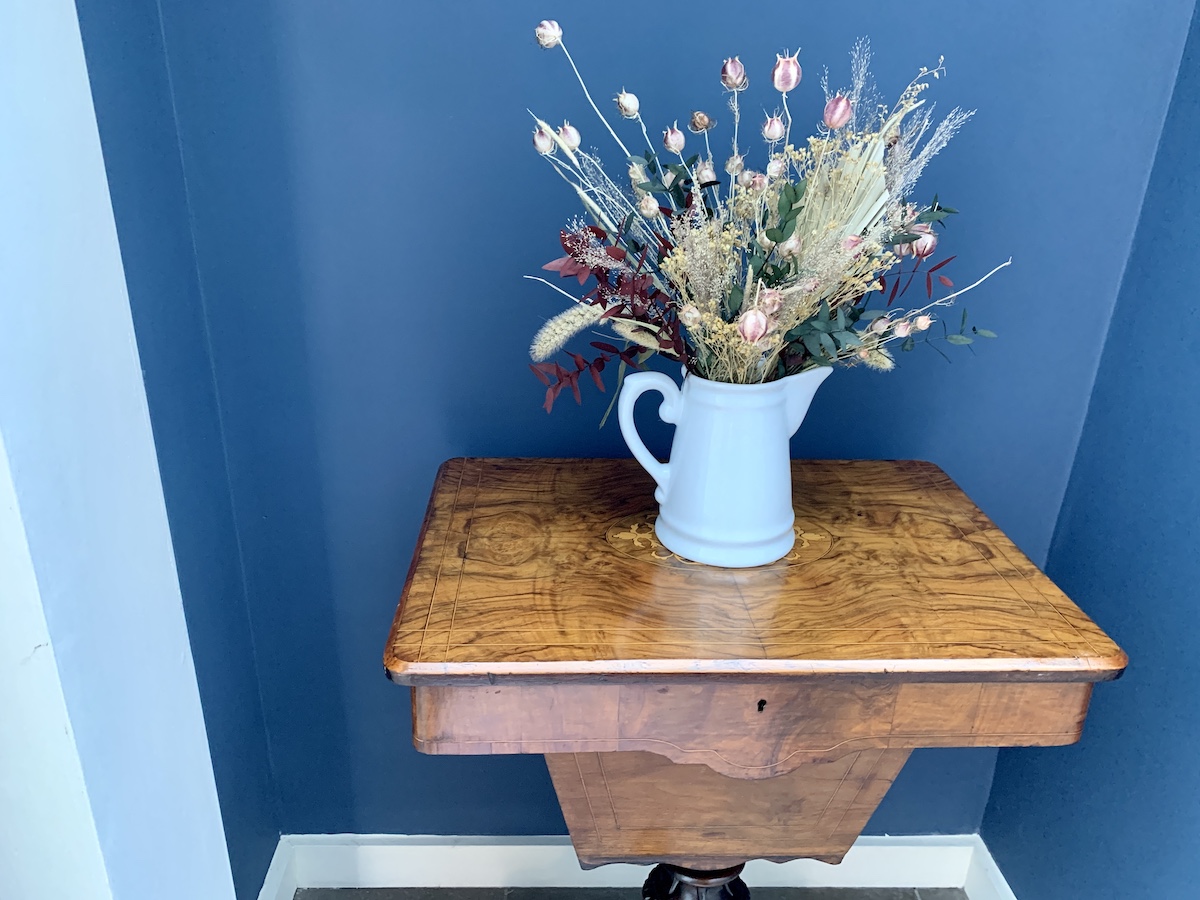 Who doesn’t like a surprise? One of my favourite childhood birthday party games was ‘pass the parcel’, passing a parcel wrapped in multiple layers of paper from party guest to party guest until the music stopped and whoever was left holding it, removed a layer. This continued until all the layers were removed and the guest who removed the last one kept the gift that was inside.

I particularly like objects that have a surprising element to them. Like a locket that opens to reveal a photograph or a lock of hair, or a bag that has secret compartments. My parents had a desk that had a secret drawer. There was a particular thrill about that because it was actually difficult to find it even when you knew where it was. One of my favourite accounts on Instagram is a Victorian house in Dublin that has been renovated with such sensitivity and imagination that one can only feel inadequate and in awe looking at the photographs. The bit that stands out for me is an exquisite floor to ceiling bookcase on the stairs return that opens to reveal a bathroom behind. No ordinary bathroom mind. Think Moroccan lights, a large Rubenesque oil painting and a claw foot bath painted dusky pink (I'd hazard at guess at Farrow & Ball's Sulking Room Pink because I am a bit of an expert at this point - weeks of liberally applying testers to my walls!).

Our house has a few such tricks up its sleeve too, although I hesitate to even mention these in the same context as the house I referred to above because there is no comparison. The mirrored sliding wardrobe doors that cover a wall of our bedroom have in fact one panel in the middle that moves across to reveal an en suite behind. One of our friends describes the house as being like a tardis and I suppose there’s some truth in that description. We’ve eked out as much space as possible in a building that has a relatively small footprint. The wall behind our bed hides my husband’s office. It wouldn’t work if he needed lots of files or books because the space is tight but because he only needs a computer and a phone, it’s perfectly adequate. And because it’s at the very end of the house, he doesn’t get disturbed. So, yes, surprises in design both interest and intrigue me.

This week I took delivery of a small, antique walnut table. It has a very attractive inlaid top and sturdy cabriole legs. It’s a nice height, would work well beside an armchair on which to put a glass of wine or cup of tea. But that’s not why I pounced on it when I spotted it on an antique dealer’s Instagram page last week. You see the tabletop lifts to reveal that it is in fact a sewing box.

I’ve always been able to sew in the sense that I could fix a hem or sew on a button, but I hadn’t a clue how to use a sewing machine properly (badly yes, properly no), so I did a course a few years ago and, as is typical of me, I now own all manner of sewing accoutrements – two machines, an overlocker, all the gadgets that go with these, boxes and boxes of thread, buttons, zips, fasteners, fabric, scissors, pins, chalk. The list is endless. But where do you put all these little bits and pieces, things that can easily disappear into the crevices in drawers never to be seen again? A regular sewing box is too small. A drawer is too cavernous. I finally settled on Ikea’s so-called Moppe mini chest of drawers and that was pretty good except I would have liked the drawers to be compartmentalised because I still had to root around in each to find stuff, literally a needle in a haystack. The other thing of course is that I gravitate towards things with a story or history. Useful and functional though the Ikea box was, I knew that proper sewing boxes, built for that specific purpose, existed and I really, really wanted one. So, I had searched online for something, whether antique or modern, to no avail. I found a few but not in Ireland and the cost of importing them was prohibitive, so I had put my sewing storage solution search on the long finger.

Of course, isn’t it always the case that when you aren’t looking, the very thing that you were previously trying to find turns up. That’s exactly what happened last week when I was browsing Instagram and happened upon the antique sewing table. It had everything I wanted, all the little compartments for the tiny bits and bobs and a large, deep one for fabric and any bigger items. It was also in very good condition with just a lid from one small compartment missing, and the key to lock it, but that’s not a big deal. The compartments are covered in what looks like the original paper lining and have that delicious patina that comes with years of use. Others might have it restored, re-lined etc but not me. I love that sense of history and to imagine the person that sat at it in its heyday. It’s a really lovely, pleasing piece of furniture. I had earmarked my newly painted blue alcove for something entirely different but as coincidence would have it, my husband hadn’t yet got around to building what I wanted him to build and now he won’t have to worry about it because the sewing box works like a dream there. And he won’t have to worry about looking for a birthday present for me either because, well, he just bought it! I suppose I should really do some sewing now.