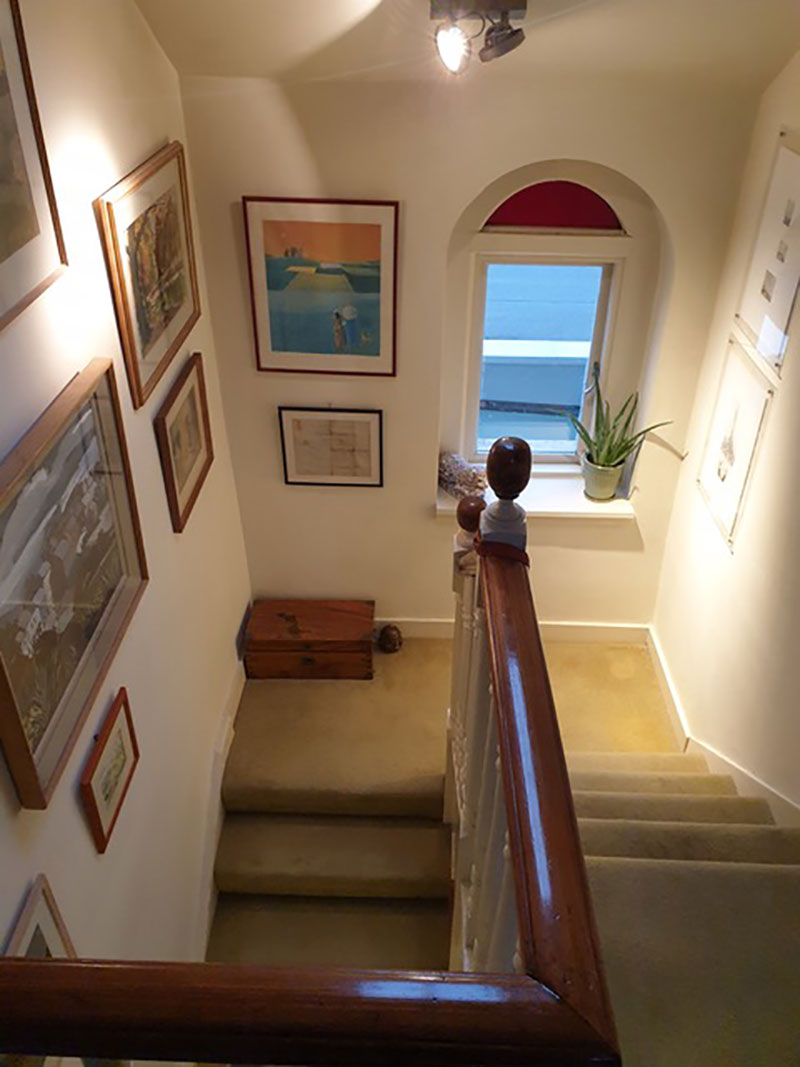 The personality of the past

I believe that character and stories are the cornerstones of good design and style. The objects that I have accumulated over the years remind me of a time, a place, a person, a feeling and the more functional, modern necessities around our house serve as the perfect backdrop to showcase them.

On the return of our stairs, for example, I’ve got a camphor chest that belonged to my great-great-grandfather. He was a sea captain on the White Star Line, the company that owed the Titanic. For someone who came from a working class family in a small port town on Ireland’s east coast, becoming a seaman opened up an extraordinary world to my great-great-grandfather. He was ambitious and intrigued by the possibility of adventures that, up until he went to sea, he had only experienced in the pages of books.

Reading also piqued his interest in medicine and I know from a letter my grand uncle left us that the old sea captain was also a bit of an apothecarist, so his old camphor chest was filled with potions and applications that he carried with him on his travels, learning different techniques from the cultures to which he was exposed.

I feel privileged to have something that was such a part of the Captain's everyday life. It’s got style. It is sturdy and well-made with a brass lock and hinges, and shuts with a satisfying clunk. It smells of history and adventure and, placed on the stairs return, adds a little personality to the house.

So, keep those trinkets that appear not to fit or match, get creative with them. Maybe a decorative bowl doesn’t work in your living room but in a bland bathroom it could be a wonderful, unexpected feature and of course a useful container for everyday bits and pieces. Don’t dismiss character because used in the right way, character is style.