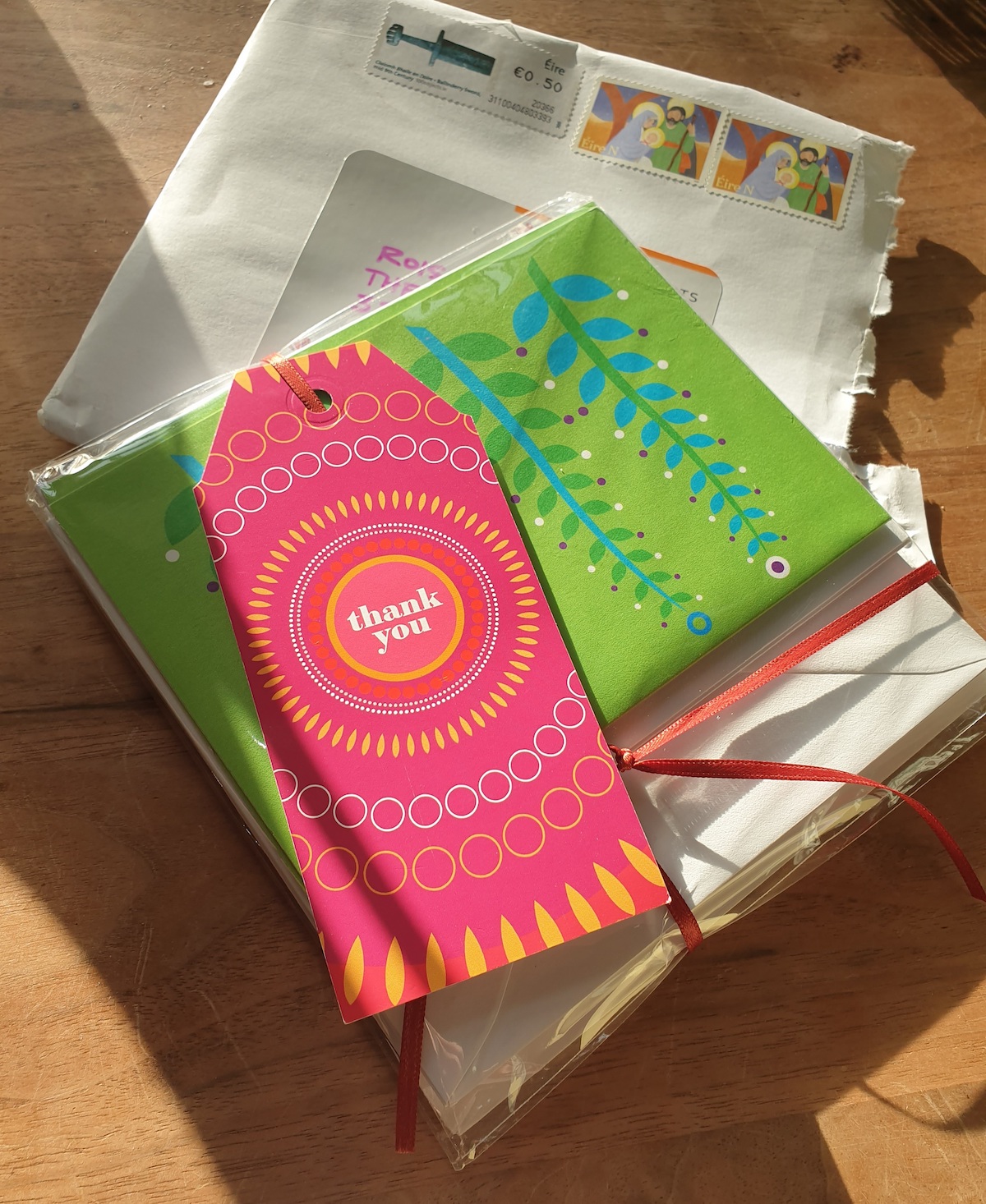 Letters are among the most significant memorial a person can leave behind them.

Call me old fashioned but doesn’t everyone like to get a nice, colourful envelope in the post? Emails, whatsapps and snapchats just don’t cut the mustard at all. Similarly, a Zoom call is hardly a substitute for meeting someone in person.

There’s something about a handwritten envelope that makes you feel all warm and fuzzy. Even before writing letters went out of vogue and we all started whatsapping each other, getting news by post was exhilarating. You knew that the writer had been thinking about you and had given time to composing for you, stepped out of their busy day for half an hour or so. They stopped whatever they were doing, sat down, opened a drawer, pulled out writing paper, found a pen and considered what to say... to you. It was, and still is, flattering that someone would do that.

The other thing about writing a letter is that people think more carefully when committing ink to paper. Sitting down and writing a letter to someone, like sitting down and reading a book, is a commitment, even more so, because your words, once sent, cannot be erased. There’s no going back and editing, there’s no recalling that envelope once it goes in the post box. Arguably, writing something by hand is more sanitised than emailing or whatsapping because it’s a slower process and you have to be more considered about what you write, knowing that once it’s in the post box, that’s it.

However, conversely, going through all the trouble that writing a letter involves, means that you have really dug deep to find the right words, whether to express sympathy, to give advice, to impart news or just shoot the breeze. I have rarely in my life written a letter without giving a lot of thought to what I wrote, and I have never written a letter without really caring about the person I sent it to, even if that was just to set a record straight or get something off my chest. Either way, I took the time to put pen to paper because it mattered enough to me.

It struck me recently just how out of practice we have all become when my husband sat down to write a card to someone and struggled with the physical act of writing as well as struggling with what words to write. We’re so used to typing short, snappy sentences or conversing in emoticons that constructing anything of substance has become arduous. Also, writing a letter seems somehow more intimate and I think we’ve subconsciously placed barriers between each other in recent years, through phone use and being too busy, more self-conscious, overthinking, worrying more about what people think or how they perceive us, worrying about appearing weak or vulnerable. It’s easier and safer to just respond with a smiley. No one will try to read between the lines because, well, there aren’t any lines to read between. A good friend of mine brought it home to me recently just what a strange world we now occupy when she commented on one of my posts on instagram that she had never seen my handwriting (the instagram post was of a sheet of paper with my writing on it). Her comment made an impression on me.

However, since Covid rocked our world, I have noticed a return to writing. Being prevented from meeting people has made us all realise the importance of human contact and intimacy that, even before Covid, was gradually being eroded. If you can’t meet someone, knowing that they took time to handwrite you a letter is heart-warming and comforting. Our national post service ‘An Post’ came up with a wonderful initiative at the beginning of the Covid crisis last March. ‘Come together by staying apart’ involved giving every household in the country postcards that they could send to family and friends free of charge. Suddenly grandchildren were writing to grandparents, people were popping a postcard to a person living alone. It was inspired. Not only that but post men and women were instructed to make an effort to check on isolated or elderly people as they did their rounds. Bravo.

A few years ago, I found a package of witty postcards that I had bought some time previously. They had been sitting in a drawer for ages. Somehow their illustrations and witty quotations hadn’t suited any occasion. With a little time on my hands, I decided to sit down and write to a few people that I hadn’t seen in a while, just a few lines saying I was thinking about them, to cheer up their day. The response I got was incredible. Each of the recipients contacted me to say what a lovely surprise it had been to get such a thoughtful card out of the blue. They were genuinely touched.

Today, I received a handwritten envelope in the post. It contained a package of gorgeous, cheerful cards. I ordered them from a friend of a friend who designs them. They have bright, uplifting colours and there was a very lovely, little note with them from the designer telling me that she is really enjoying my writing. So, not only did I feel good today after receiving my envelope, but I hope that the people to whom I now intend to send the cards will also feel good. And isn’t that what life’s all about?