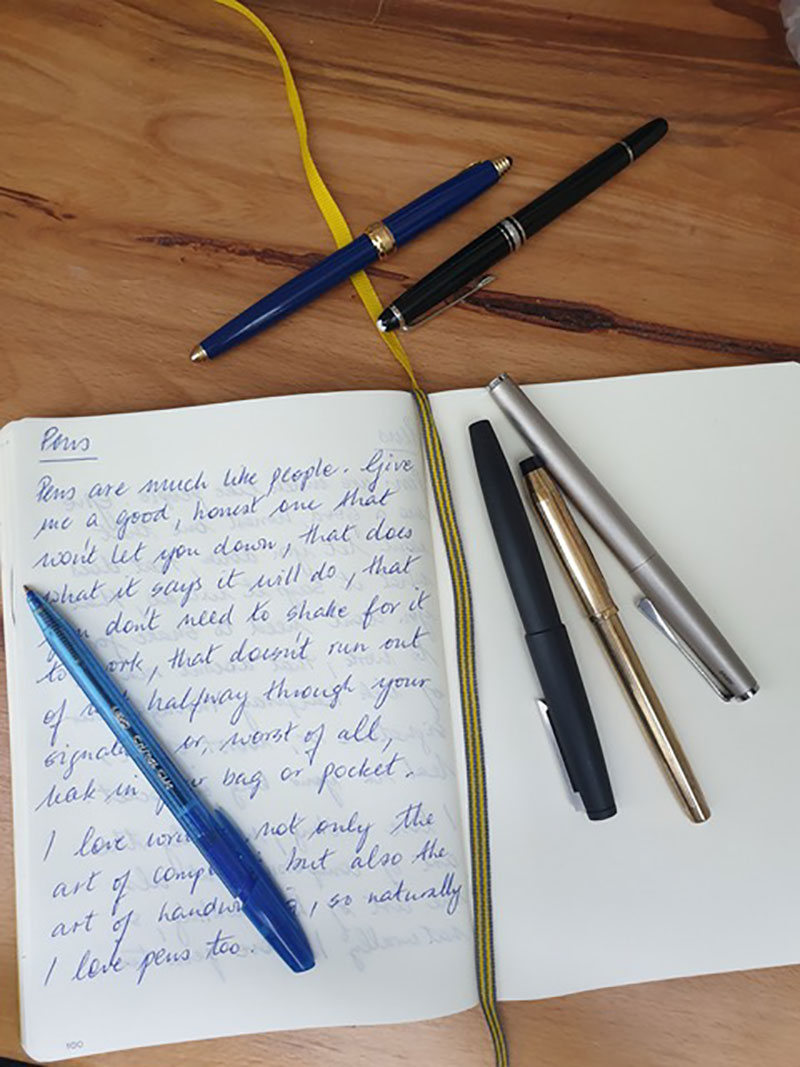 Pens are much like people. Give me a good, honest one that won’t let you down, that does what it says it will do, that you don’t need to shake for it to work, that doesn’t run out of ink halfway through your signature or, worst of all, leak in your bag or pocket.

I love writing, not only the art of composing but also the art of handwriting, so naturally I love pens too. You would think therefore that I would want to own the best pen that money can buy. After all, it’s surely like craving a Birkin bag if bags are your thing or to dine in a 3-star Michelin restaurant if you’re foodie, or to own a Ferrari if beautiful, fast cars turn your head. Isn’t it? Well, actually, no, not for me. Glitz and glamour are all well and good but really the thrill of attaining wears off pretty quickly. As I’ve got older, I’ve learned to appreciate the things that endure, things that have character and personality, functionality and reliability over gloss.

Style is simply about more than the superficial. It’s the nuances of a record compared with the flatness of a streaming service, the warm smell of fresh baking as opposed to a store-bought cake. Give me a traditional meal prepared lovingly and served with a carafe of local red wine in a little trattoria over a Michelin-starred meal that has been created scientifically, after months of experimentation, designed to wow rather than nourish. I’m fascinated with the latter and I’ll eat and enjoy it, but I won’t feel warmth and affection for it or long to return to that restaurant again and again.

When I first started working, I treated myself to a very expensive, very exclusive pen. It made me happy for a short while. I felt quite empowered using it. But that rush of having something special wore off quickly and gradually I found myself reaching instead for other, usually cheaper pens because, frankly, they felt and functioned better. Over the years I have experimented with all sorts and now feel qualified to adjudicate on what defines the perfect pen. It needs to be light - heavy pens weigh the hand down. A pen needs to flow easily - constantly having to shake it or force it is just no use at all. Its surface can be a little rough or textured because otherwise it slips easily and it’s exhausting trying to write with a pen that requires effort to be kept in position. In short, much like people, it needs to be honest, straightforward and reliable. I’ve had to throw away an awful lot of pens that weren’t and years of trial and error have taught me to know a good one when I have it.