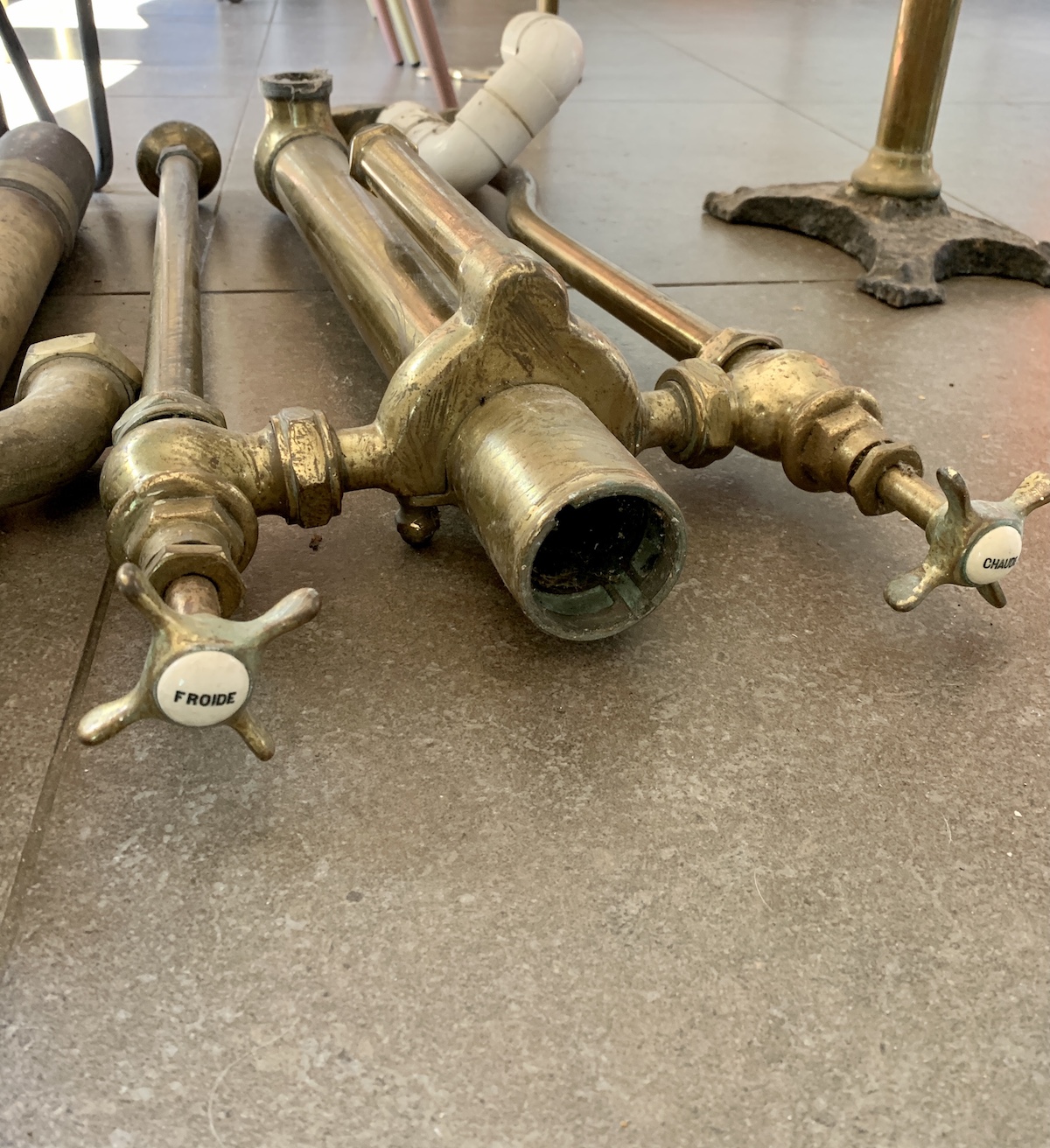 No Cash No Attic

Having been able to do very little over the past year in the way of travel or eating out or going to concerts, theatre or cinema, and not even spending very much money buying new clothes or shoes, I jumped on the laptop last week and thought I'd have a little fun bidding on a couple of small items in an online auction.

Now, I am a bit of an auction fiend which is why I don't attend many. I get caught up in the whole buzz surrounding them and inevitably end up buying stuff that I neither intended to buy nor needed.

But instagram helpfully alerted me to two auctions that were taking place on the same day so not only did I attend one, I attended two simultaneously. I had a little plan to buy some prints I had seen in one and a sugar shaker (doesn't every home need one?) I had seen in the other but that was it or at least that's what I told my husband. He worries when I even mention the word 'auction'. He has a right to worry. I've been attending auctions since I was in my teens. I used to go with my Dad who loved nothing more than a day out in a country manor or provincial hotel or dusty auction room. He generally attended auctions to rescue some piece of history and then invariably ended up buying other bits and pieces that were going cheap. I think anyone that enjoys auctions is similar. You go for a specific purpose and then get carried along on a wave of excitement and leave with a car full of tat. So, I do have some sympathy for my husband who has been valiantly trying to declutter our house for some time. That said, much of the clutter is in fact his own - drum kits and an unhealthy amount of hi-fi equipment. My clutter on the other hand is largely nostalgic - papers, letters, inherited trinkets or gifts that I just can't seem to let go of. Anyway, we really do not need anything further in our house and could definitely supply an auction ourselves and, honestly, you wouldn't even notice anything missing in the house.

I installed myself at the kitchen table with my laptop an hour before the auctions were due to start and decided to take a look at the catalogues again. A few other items caught my eye. This is how is begins!

My middle daughter arrived in just as the bidding got underway. She definitely has potential. She sat down and oohed and aahed at a few items as they went under the hammer. She was actually disappointed when she had to leave for work. My first item was well into the auction so I made a cup of tea and flicked back to some work on my laptop. As it got closer to my first lot, I abandoned everything else and moved my cursor over to the red bid button, my hand poised over the mouse pad ready to click. And that's when my husband walked in from his office to make himself a pot of coffee. Sometimes the element of surprise works with him, as in when I rock up unexpectedly with a delicious coronation chicken sandwich for his lunch or the time that we planned to go to Scotland for a long weekend, except I booked a trip to New York instead and only told him when we were in the check-in queue in Dublin airport. He had never been. He was a jazz drummer and had been to Canada, Israel, Scandinavia, Germany but never New York, the home of jazz. I booked a jazz club too. He was blown away. But sometimes it's better to give him some advance warning. I find that  men in general don't react well to surprises. You need to plant the seeds well in advance and then carefully manoeuvre them towards your desired outcome.

And that's what I had been doing for a few days prior to the auctions. "Where are my car keys?", he asked as he rushed out the door. "I don't know, where did you leave them?" I replied. "I thought I put them on the kitchen table", said he. "You know we really should have a designated place for keys near the front door", I responded. Two days later... "Do you remember when you couldn't find your keys the other day? Well, I've seen a really nice little shelving unit that would fit neatly beside the front door...". Done!

Five hours later I was finished. These auctions take a long time. Of course the longer they go on and the later the lots that you are actually interested in feature in the day, the more likely you are to stem the boredom by bidding on other stuff. That's how I ended up with a French clock that doesn't work and is missing its pendulum, a load of antique brass bath/shower piping, a curved brass curtain rail, a Victorian shop scales and a pencil sketch by a well-known Irish artist that is badly damaged because some genius sellotaped the flimsy little sketch onto its mounting so now it has great big sellotape glue marks showing through the paper and has puckered. Oh don't worry, I did get my prints and my sugar shaker too.

To his credit, my husband laughed when he saw the mish-mash of items that appeared a few days later, delivered to me by a friend of my daughter who lives close to where they were being stored. He also had the good grace to carry them in from her car for me. Thank goodness because I couldn't have carried the brass overflow pipe on my own without risking injury. He also kindly assembled the scales for me and looked at me quizzically when I realised that it didn't have its pans (for putting items on to weigh). "Never mind", I said without hesitating, "I intended to hang plant pots off it". I had intended no such thing. In actual fact I hadn't even realised that I had bought a scales as part of the brass piping lot.

He liked the look of the clock though, so that was a relief. That is until he pointed out that it had no pendulum and no key to wind it and he wasn't entirely sure if the weights that were attached to it even belonged to it or were just tied into the case with wire to make it look more decorative. "Of course they belong to it", I assured him, reaching for a magnifying glass to see if I could discern a maker's mark anywhere to give me, and him, some comfort. I did. Phew! I can now confirm that the mechanism is genuine and by a well-known French clockmaker and the porcelain face is lovely. However, I'm still not sure if any of the other bits originally belonged to it. I showed it to my mother who knows a bit about antiques, having been the long-suffering spouse of an auction addict for the best part of her life. She really liked it and said that even if it never works, it's a very pretty ornament. Right!

As for the brass bath hardware, I'd love to say that I have a plan. I had great hopes of mounting the tap system in our back garden as a beautiful and unusual feature. Much prettier than the outdoor tap that we currently have. But I may have been a trifle ambitious. My husband attempted to work out how the bits joined up and wondered where the spout was (oops) and then a friend of mine told me that brass verdigris (the green stuff that happens over time as brass oxidises - I didn't even know brass oxidised) is highly toxic so I'm not certain I want to risk running water through those pipes now. The taps though are wonderful with a beautiful, smooth action. They don't make taps like these any longer. But what to do with them? Coat hooks? Door knobs? Of course I jest. I have no intention to removing them from their lovely pipes. For now they have been consigned to our garden storage box. I just hope that the mice that ate the hammock in it a couple of years ago don't decide make a home in the pipes with all that toxic verdigris in there.

Needless to say, my husband has got no end of mileage out of all this. Suggesting that I change the name of Whistle + Whisper to 'No cash no attic' had him in stitches for quite a while. For those who don't know, 'Cash in the attic' was a programme on TV a few years ago when antique experts went into people's homes to uncover treasures that the owners didn't realise were worth anything.

Anyway, have I learned my lesson? Was there even a lesson to learn? Not at all. If anything I am more enthusiastic than ever because now I'm going to acquire some new skills - artwork and clock restoration! And if anyone comes across pans for a Victorian weighing scales, I'd be really grateful.