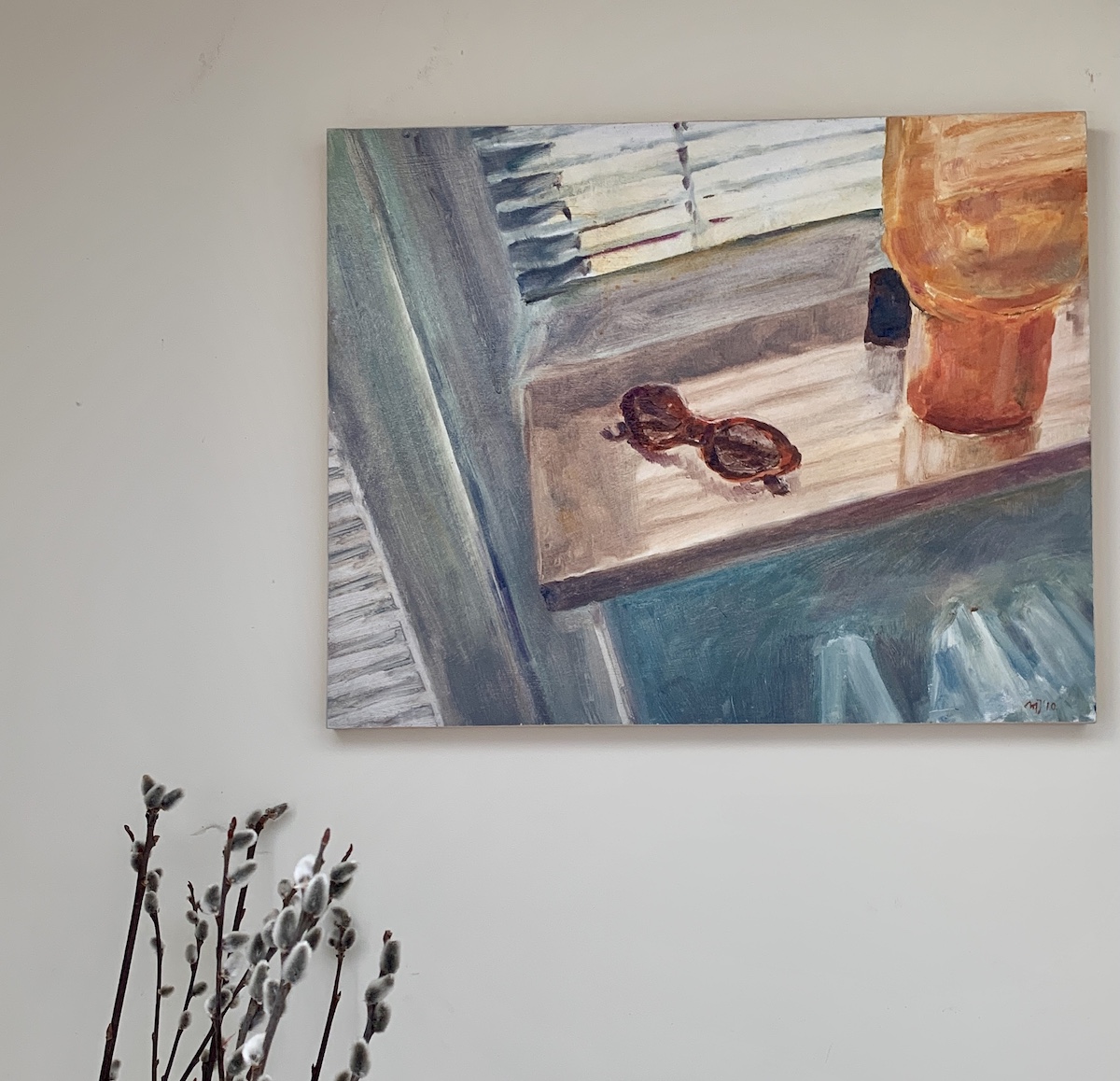 My beloved Dad, who I realise that I very frequently reference in my posts, probably because his loss a year and a half ago is still very real to me, loved the fact that I loved to write. When I was a tortured teen, sitting in my room, eschewing much of the then current music for the more sophisticated and cerebral musings of Bob Dylan and Neil Young among others, I also wrote a lot of poetry. Let's be very clear, it was, as you would expect, navel-gazing nonsense.

Like millions of teenagers before me, my parents didn't understand me, they didn't realise that I had very profound thoughts and that being allowed to go to the local Friday-night disco was crucial to my cultural and psychological development. I may have been reading 'Colette' and 'Anaïs Nin' at the time but I was certain that 'Bubbles' disco in the local squash club 'the Star and Crescent' was my entrée into a world of new experiences. For me, it held the allure of the salons of Paris, which is a little like equating a thoroughbred racehorse with a cart pony. My parents had other ideas and Bubbles was off the agenda and so too was any hope I had of being accepted into provincial Irish society.

I resorted to venting my outrage in writing. Don't get me wrong, I always loved writing - detective novels etc (more essays, if I'm honest) - but believing I was 'misunderstood' led me to poetry. When my Dad died, my mum cleared out his bedside drawer and in it she found several poems that I had written along with letters that I had sent home when I lived in Sicily for a summer. I co-wrote a blog a few years ago, long before Whistle and Whisper was conceived, and showed my parents some of the pieces I wrote. Dad was thrilled and always encouraged me to write more. He maintained I had a book in me. I maintain everyone does but he was a romantic and certainly romanticised my writing. When he became ill and was becoming more and more housebound, I made the decision to write a novel. The driving force for this was that I wanted to give Dad something to do, something that would amuse and occupy his brain. Of course I am conscious that I also wanted his approval. I think there comes a time when you realise that your parents are not going to be around for much longer that you revert to being that child that craves their praise and wants to make them proud.

For several weeks I wrote feverishly, bringing him a chapter every few days. He loved it. I'd come into his living room, where he was inevitably sitting in his armchair, a tartan blanket over his knees for he was suddenly always cold, and I could see that he was giddy with anticipation, longing for another chapter. I'd return a few days later and he'd discuss it with me. He was a generous critic, his eyes dancing as he complimented my writing. I was initially a little nervous about some of the things I wrote but I needn't have worried as he embraced it all. He particularly enjoyed when I'd ask him to assist with research. Much of the novel was set in the 1920s and 30s so his knowledge, particularly the stories from his own parents, was very valuable to me. This process continued for several months. There was much editing (I'm never happy, though he was) and discussion. And then he became seriously ill and was hospitalised. I was so busy with hospital and, after a short time, hospice visits that I hadn't time to continue writing. A week before he died, he asked me how the book was going. I lied and said it was going very well and that I'd bring him some more chapters to read. I never did. He never asked again. Early on during lockdown I wrote a little more and did a lot of editing. But without the pressure from Dad, the resurgence waned and my heart simply wasn't in it. I struggled to find my voice and my ideas. Reading and re-reading the 45,000 words that I had written, I felt they sounded shallow and forced.

Somewhere in the midst of all this struggle, Whistle and Whisper was born, perhaps an antidote to writer's block or writer's lethargy, although I cushioned it in terms of something very different. Fundamentally, I am my father's child, a romantic, a thinker and a listener, someone with a keen sense of the past and its preservation, someone who feels strongly about remaining grounded, seeking out like-minded people and rising above superficial nonsense, although I believe I am a lot less forgiving or tolerant than he ever was.

So, when I decided to set up an Instagram page to chit-chat about things that I thought were special, I admit to feeling somewhat hypocritical because I have a love/hate relationship with the concept of social media. It's an alternative reality, one where you generally present your heavily made up face to your audience rather than the one that stares back at you from your bathroom mirror each morning. However, Instagram enabled me to tell stories, albeit very short stories because its captions only allow for 2,200 characters. That suited me at a time when I had no appetite to write anything substantial, and having to post a photograph also assisted because it gave me a starting point for a story. Although my initial objective was to publicise lovely products, good services, interesting places, beneath all this I was writing for myself rather than for any audience. And outside of the friends and acquaintances I already had, I didn't really expect or consider that I might reach a wider audience, least of all meet some wonderful, interesting, like-minded people.

Throughout this little journey, people have popped up again and again. Some of these I already knew, but sharing more of myself and my interests has also helped to reveal a commonality between us that, in some cases, we didn't realise we had. And then there are others who have somehow found me through the mysteries of instagram, whether through a hashtag or through friends. I have revelled in both the reignited associations and the unexpected, new ones. I have loved following people's stories. It has given me immense pleasure to have also encouraged some friends to showcase their own talents or interests, inspired by me sticking my head above the Instagram parapet. I have enjoyed the familial, supportive environment.

This week the postman arrived with a painting that I bought recently. I was reluctant as I videoed myself unboxing it to post to instagram. It felt a little like selling one's soul to the devil. The reality is that the painting I purchased epitomises so much more than something that flashes before one's eyes in an Instagram reel. It was painted by a Polish artist who lives in Germany called Magda Jarzabek, who turned up on my instagram page one day last September, commenting insightfully on a post I wrote. I was struck by the sincerity of her observations. It turned out that she was an accomplished artist and a fellow-blogger (although also far more accomplished in that regard than me). She shares my values and has a wicked sense of humour to boot. This is someone who has a small white teapot that she paints in whatever design reflects her current mood, wipes clean and repaints again another day. She follows the story of the teapot on her blog here. That was enough to reel me in. I kept returning to her website and two paintings in particular grabbed my attention, for different reasons. I enquired which of her art was for sale and when it transpired that both the pictures I was drawn to were available, I bought one. It is important to me.

To me the painting symbolises the past year, the sense of being confined, of being happy in that confinement but with the promise of new adventures to come. But more than that, it symbolises new friends, new horizons and hope. Buying the painting coincided with a lengthy conversation that I had with an old work colleague who lives in a different country but who I reconnected with properly again through my Instagram account. It was so good to speak with her. I am very glad that, despite my initial Instagram reluctance, the desire to write, perhaps mainly as some sort of grief therapy, led me here, to unexpected new friends, back to old friends and with the crucial encouragement of some of my closest friends.