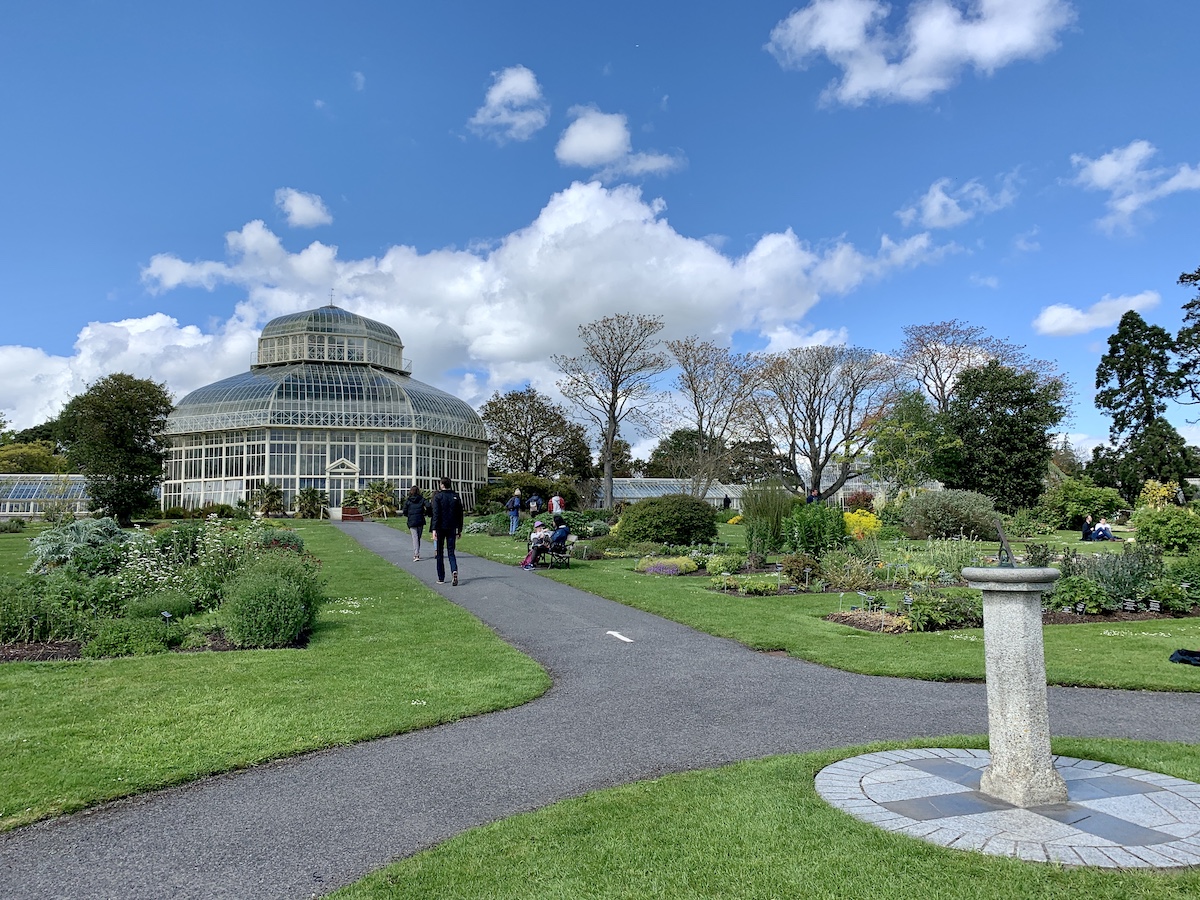 Living in the moment

I've been fortunate enough that my ancestors cared enough about history to preserve and hand down many family objects and papers and so I have become a bit of a custodian over the years. This has its benefits - being the introvert and ponderer that I am, I love conjuring up the past and imagining what people were doing, how they dressed, what their circumstances were, what houses they lived in, where these objects that I now have were placed in those houses, where they sat when writing the letters that I now have in my possession, were they surrounded by gaggles of children, were they in a quiet room with just a clock ticking in the background, was there joy in their every day or did they suffer hardship, loss, illness?

I have tried to piece together the lives of many of my relatives because I believe that an appreciation of where you came from is important. Not that I live in the past - that would be a mistake. You become very dreary if you constantly harp back to past events. But a healthy interest in the past is a positive thing. Just as having an eye on the future has its benefits. I mean it's a good idea to do some planning for the future without becoming obsessive about it and forgetting to actually enjoy the present.

I remember very clearly being twelve and longing to be 13. I thought at 13 everything would change, that I would suddenly be wise, taken seriously, able to do all those things that I had been longing to do and wasn't allowed. I recall being very disappointed after my birthday because I didn't feel any differently. My next milestone was 18 - able to vote, able to drive, no more school, no more being answerable to anyone. But by the time I got there, none of that seemed all that important either. And on it went until suddenly I stopped looking forward and started wishing I could go back. I'm not sure when that happened. Perhaps a little while after I had children or perhaps when the first one became a teenager and I remembered how I had longed to be one and thereafter kept longing for the next milestone. Lamenting the past or constantly looking to the future is unwise. But appreciating the past and not fearing the future is a different matter.

I had a bit of an epiphany over the weekend. The girls were all busy - one getting her hair done, another working and the last studying for school exams - so my husband and I decided to spend the afternoon together and go somewhere we hadn't been for years - The Botanic Gardens in Dublin. It was a beautiful afternoon as we wandered in. People were sitting on the grass with takeaway teas and coffees, children were chasing butterflies, elderly couples were discussing the plants, tourists were photographing the blooming rhododendrons, a young girl was sitting at the base of a tree overlooking the lily pond, engrossed in her book, as a squirrel ran towards her, the foreign porter at the entrance was chatting animatedly with a family who had asked him directions. It seems that they had discovered that they shared a nationality or at least fluently spoke the same language - I think it was Polish but I'm not certain. Either way, both the porter and the family seemed delighted that they could communicate freely with one another and were having a great time bantering.

We set off on a leisurely stroll around the periphery of the gardens, making various detours into specific areas of interest. In the glass house in the herb garden, I spotted a blackbird. The glass house was locked and I was worried that the bird had gone in and couldn't get out so I wandered along looking for any obvious point of entry in the glass. I realised that there was a bird box inside that clearly had an escape route into the garden and I doubled back to tell my husband that all was well. He was standing with a group of people all chatting excitedly and they informed me that they had just seen a little mouse. I stopped in my tracks and looked around asking "where was it?" when my husband said "don't move, it's beside your shoe" and sure enough, there, standing on its back legs peering over the top of my shoe, was the sweetest, roundest little creature. I whipped out my phone to take a video and off it scurried with me in pursuit.

Minutes later we spotted a squirrel and then realised that they were everywhere and were very tame. If you stopped and held out your hand, they came over to see if you had any food. Sadly, we didn't but I'll be loading up on hazelnuts next time I go. At one point I was admiring a large willow tree hanging over the river bank when a squirrel spotted me and raced down the tree towards me, utterly fearless and so cheeky. He hung around us for a few minutes wondering if we might produce something out of a bag or pocket but then moved on when he was quite certain that we had nothing to offer. As we approached the lily pond, I noticed a grey crow standing at the edge with what looked like a piece of cracker in his beak. I approached and he stood his ground, clearly wondering what I wanted. Then he looked around, considering his next move, started clawing at the earth along the bank and deftly pushed his cracker into a little hole that he had found. Then he picked up a large leaf in his beak and placed it in front of the hole, obscuring it from view. And off he flew to a tree, waiting until we had moved on.

For the three hours that we wandered around, mesmerised by so much beauty, my mind never once wandered to pandemics or what to have for dinner or the Astra Zeneca vaccine that I refused when offered it last week (and now have to wait to get a different one from my GP instead). I was completely immersed in the present, in nature around me, in appreciating every flower, every creature, the colours and sheer size of the trees and all the insects. And I realised that the words of the Dalai Lama never rang truer,

"There are only two days in the year that nothing can be done. One is called yesterday and the other is called tomorrow, so today is the right day to love, believe, do and mostly live.”

But I also realised something else when my phone battery eventually ran out - I had felt compelled to constantly whip out my phone to capture all this beauty around me, the squirrels, the long grasses and wild flowers, the mouse on my foot, the heron that I spied on the very top of a tree, and in so doing I wasn't really fully living in the moment but actually missing out on the purity of just being there and enjoying the sensory feast that nature was putting on for me. Suddenly not having a camera made me stop to really look at the flowers, smell them, sit and watch the blue tit that flitted back and forth between a tree and a host of alliums in a flower bed where he seemed to be picking up little insects, pause and notice people, listen to the conversations as they passed by. And I resolved to return very soon, with my pockets full of hazelnuts, a book, no phone and to just savour the spectacle.

Nowadays, we're constantly busy looking backwards or forwards, striving for more and more, measuring success by how much we can accumulate in our time here, being propelled by what others have, where others are going, what others are doing. This morning on the radio I caught a snippet of a commentary that said "people who are always busy are in pain". And the more I think about it, the more I understand it. When we crave material things that we don't really need, over eat even though we're not actually hungry, we're just flailing around looking for sticking plasters for a deeper need or pain. And it strikes me that going for a walk or a swim, painting a picture, doing a jigsaw puzzle or reading a book and taking ourselves out of that cycle of needing continual gratification, is really the answer. We all know that the minute we buy that expensive watch or eat that second doughnut, the joy we thought we would feel vanishes and instead we feel regretful or even resentful and guilty. But how incredible do we feel after a swim in the sea or an afternoon picking blackberries in the countryside or a picnic with friends?

I have a letter that my great, great grandfather (the sea captain that I mentioned in a previous blog) received during his travels from his mother. It's a simple letter, the grammar is poor, there is little punctuation, but in its simplicity it illustrates just how much our current generations are missing out on. His mother tells her son so many seemingly insignificant details of daily life in their small town, details that to the modern ear sound so childish and mundane. But simple though their lives were back then, talking about the price of flour and butter, the innocence of the daily events, what friends and neighbours were doing. There is a richness in the descriptions, in the ordinary little details, that is priceless and is as clear and vibrant to me as the song of the blackbird and thrush that filled the air in the Botanic Gardens last weekend. Taking the time to look back is often necessary to gain an appreciation for the here and now.