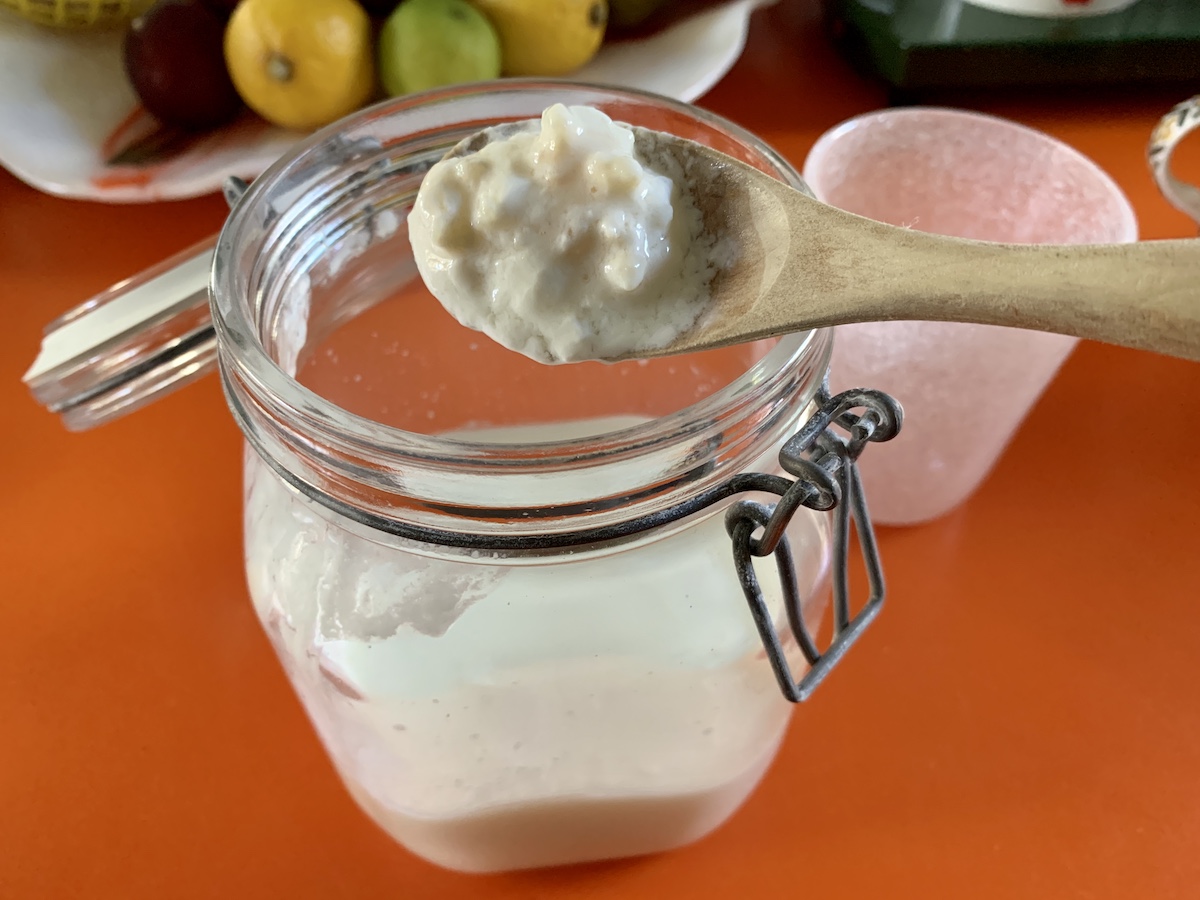 Have no fear, Kefir is here

My first real introduction to kefir was five years ago. I had heard of it but had never seen it, let alone tried it. It wasn't readily available anywhere in Ireland that I knew of, or rather I certainly had never noticed it.

My husband was visiting an old school friend one day, during which the friend mentioned that he hadn’t been well and had started taking kefir, which his German mother had sworn by forever. She was a walking advertisement for it as she hadn’t been sick a day in her life. Lady Luck must have been shining down on me because I had recently been hospitalised twice and diagnosed with diverticulitis. Doctors had recommended being careful with what I ate, avoid seeds, nuts, wholegrains, blah, blah. All I heard was 'eat bland'. Now it’s no secret that I love food, eating and cooking it, so to tell me that I had to start being a picky eater was literally the worst news I could get. I simply ignored them all and continued eating whatever I wanted, which is probably why I ended up in hospital the second time. My husband’s friend insisted that I try kefir and gave me a few of his grains so I could make my own.

For those of you who don’t know what kefir is…it’s a fermented drink that has been popular in places like Russia, Turkey etc for thousands of years. It is made with kefir grains, a culture that looks like sago or tapioca or frog spawn, that are placed in milk for between 24–48 hours depending on how warm your room is. The warmer the space the quicker the kefir ferments. What happens is that the grains (which are basically bacteria and yeasts) ferment the sugars in the milk and turn it into a yogurt-like drink. It is full of probiotics so has incredible health benefits. Good health starts in the gut so if you have a healthy gut, you can be pretty confident that the rest of you will be healthy too.

Anyway, I started my kefir journey five years ago and have now been drinking it every second or third day since then and I can testify to its miracle benefits because I haven’t had any digestive flare-ups since I started using it. Not only that but I haven’t altered my diet in any way, shape or form and for me, that’s the measure of how incredible kefir is!

I can remember when I started telling people about it and the looks of horror when I described it. I have to be honest here and say that It’s not to everyone’s taste, including my own. I still struggle to drink it. My husband will only have it mixed with a fruity yogurt. It’s a tart, unpleasant, milky drink, a little like milk that has gone off. I am probably a little prejudiced because I have never liked milk, never had any in tea or coffee, I gag when I drink it. So, I treat kefir like medicine, I drink it without inhaling so I don’t taste it, and chase it down with a glass of water. That works for me. Get it over with quickly! I don’t see the point of trying to disguise it with fruit or yoghurt…I know it’s in there! You can make kefir with water or other plant-based milks such as almond milk but you need different types of grains. Somehow I feel it is more potent in its original, intended form, with milk, so that's what I use, organic milk.

Some of my friends were sold on the idea straight away and embraced it and have also had success with it. Others started hearing stuff about my miracle drink from media sources and realised that I wasn’t bonkers after all. Gradually, I started seeing kefir in the more mainstream health food shops and now you can even get it in supermarkets. But many of the commercial brands are heavily processed, with a lot of added sugar to make them more palatable, which, in my view, defeats the whole purpose. I recommend getting some grains and making your own. It’s so easy and you can’t really go wrong except DO NOT let the Kefir come into contact with metal. Metal inhibits the grains. So, no stirring with a metal spoon, no straining with a metal sieve and, above all, don’t store it in a metal container.

Put a large teaspoon of grains in a glass jar, cover with two glasses of milk, put a lid or clingfilm over it and store away from sunlight for 24-48 hours. I actually store it for a bit longer because I keep it in a cool cupboard. Then, remove, strain the liquid off, drink it, return the grains to a clean jar and start the process over again. If going on holiday, you can leave the grains in the fridge (not in any liquid) where they will remain dormant until you use them again. By the way, the grains will gradually multiply, so you will need to get rid of some every so often or give them away. So simple and such a wonderful, easy way to stay healthy.