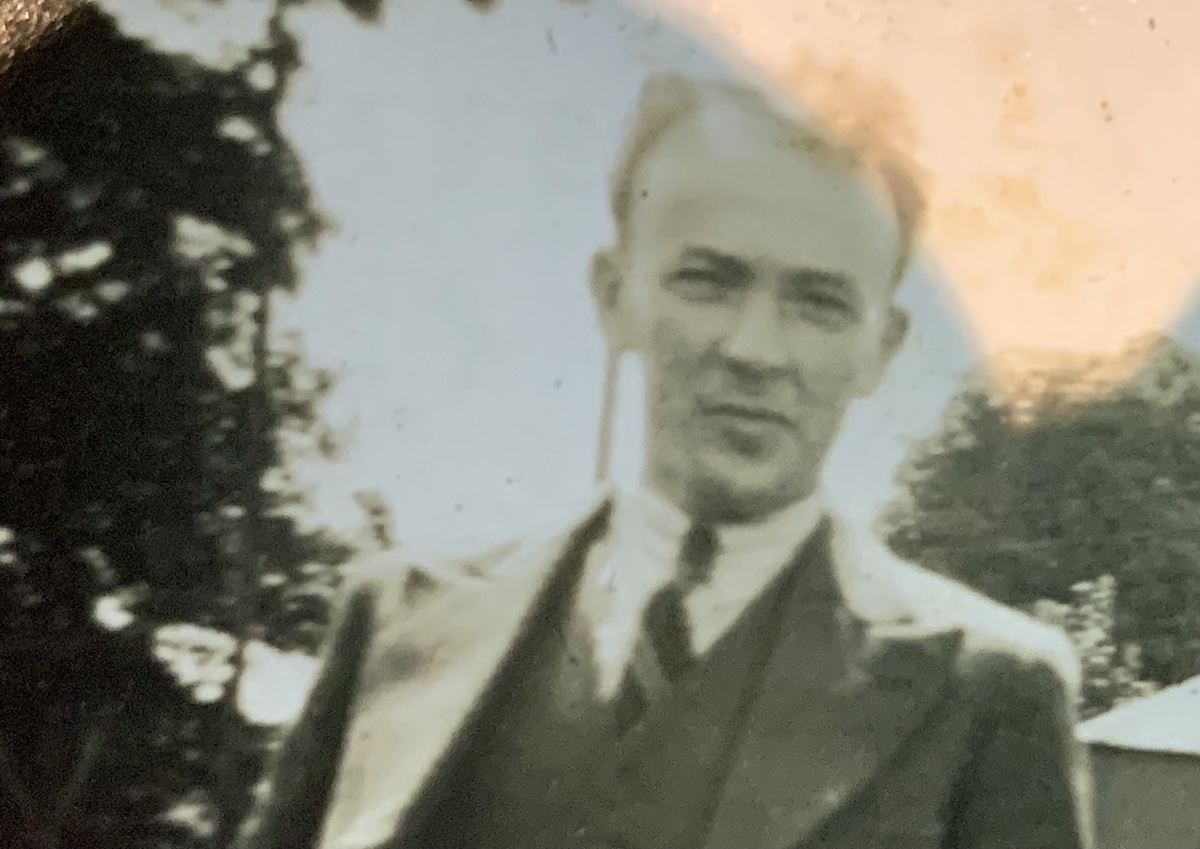 Close to the northern end of the magnificent Boyne Viaduct in Drogheda, there’s an historic, and now decommissioned, cemetery, the Cord* cemetery, that dates back to the 13th century. At its south-western corner, where the Cord Road meets Thomas Street, you can barely differentiate a patched-up portion of the old cemetery wall from the rest, due to many years of weathering and other repairs. It’s at that very spot, on the other side of the wall, that a very large, very old tree stood almost eighty years ago. In the early 1940s a well-known local building contractor, Paddy Hoey, was contracted by the local authority to remove this old tree on account of its roots making the wall unstable and constituting a public hazard. Paddy was my grandfather.

Born and bred of an old Drogheda family, whose roots in the town extend back as far as records allow me to trace, Paddy and his wife Rose’s home was just a few steps from the end of the cemetery's southern wall, one of a terrace of houses known as Cord Terrace. The Cord association came from rope-making, one of the town's indigenous industries. Coincidentally, another branch of the Hoey family were the last rope-makers in Drogheda, finally closing their business in the early 1970s. Paddy and Rose lived on Cord Terrace with their three children, the youngest of which was my father.

Those were the days of ‘The Emergency’ in Ireland, so called because of the ‘Emergency Powers Act’ that was enacted in September 1935 and gave the the government the powers to introduce censorship and rationing for the duration of World War II. In fact, rationing did not fully end in Ireland until 1951. Petrol was one of the commodities that was rationed, so for the duration of ‘The Emergency’ many of the cars that existed in Ireland at the time simply stayed off the road, with people instead using other means of transport, cycling being the preferred one for many households.

The day before the work in the cemetery was due to begin, Paddy and Rose went with a group of friends for a Sunday afternoon cycle to Dowth, in the heart of the ancient Boyne Valley, near to the world-renowned megalithic burial site at Newgrange. As evening drew in and the air turned chilly, they began their journey home to Drogheda through the country roads. As they cycled, Paddy became aware of a large and distinctive tree alongside him. As he progressed further, the same tree appeared to have moved with him. Regardless of how much he peddled, each time he looked to his side the tree was there. Feeling very unsettled, Paddy called to Rose and asked her had she noticed it. She hadn't, and as he looked back along the route, there was now no evidence within his range of vision of any such tree. He told her what had happened, and she responded in her inimitable, scathing manner that he was imagining things. Not being one to accept his clarity of mind being called into question, Paddy insisted on retracing his steps back down the road to try and find the particular tree, but to no avail. It had disappeared and it seemed that Rose was vindicated. They continued their journey back to town, Paddy with his gaze fixed firmly on the road ahead, but he remained absolutely convinced that he had had some sort of other-worldly experience.

The following morning, he and his men brought their equipment to the cemetery and started work to remove the tree, which also involved excavating some graves in its immediate vicinity.

My father was at home with his mother later that day when there was an urgent banging on their front door. Rose opened it to find a neighbour outside who told her to come quickly as there had been an accident in the cemetery. My father remembered seeing his father being carried into the house on a makeshift stretcher. The story goes that as Paddy was working, he had suffered a weakness while on a scaffold and fell down into one of the open graves. He was badly injured and lucky to survive.

He always maintained that the tree he had seen the previous day was a warning to him from the spirit world not to interfere with the cemetery. He was so spooked that he refused to allow his men to return to the job. Nonetheless, the tree was removed by someone else and the patched-up wall serves as a reminder that some things are better left alone.

*There is an ongoing debate as to whether 'Cord' should rightfully be spelled 'Chord' (as it was known as far back as I and my father can recall). However, it seems that this was a misprint on local signage at some stage by the local council, something that is commonplace with many Irish place names even today, and that has been corrected in recent years. Therefore, going against my instinct, I have now referred to it by its correct name, Cord.