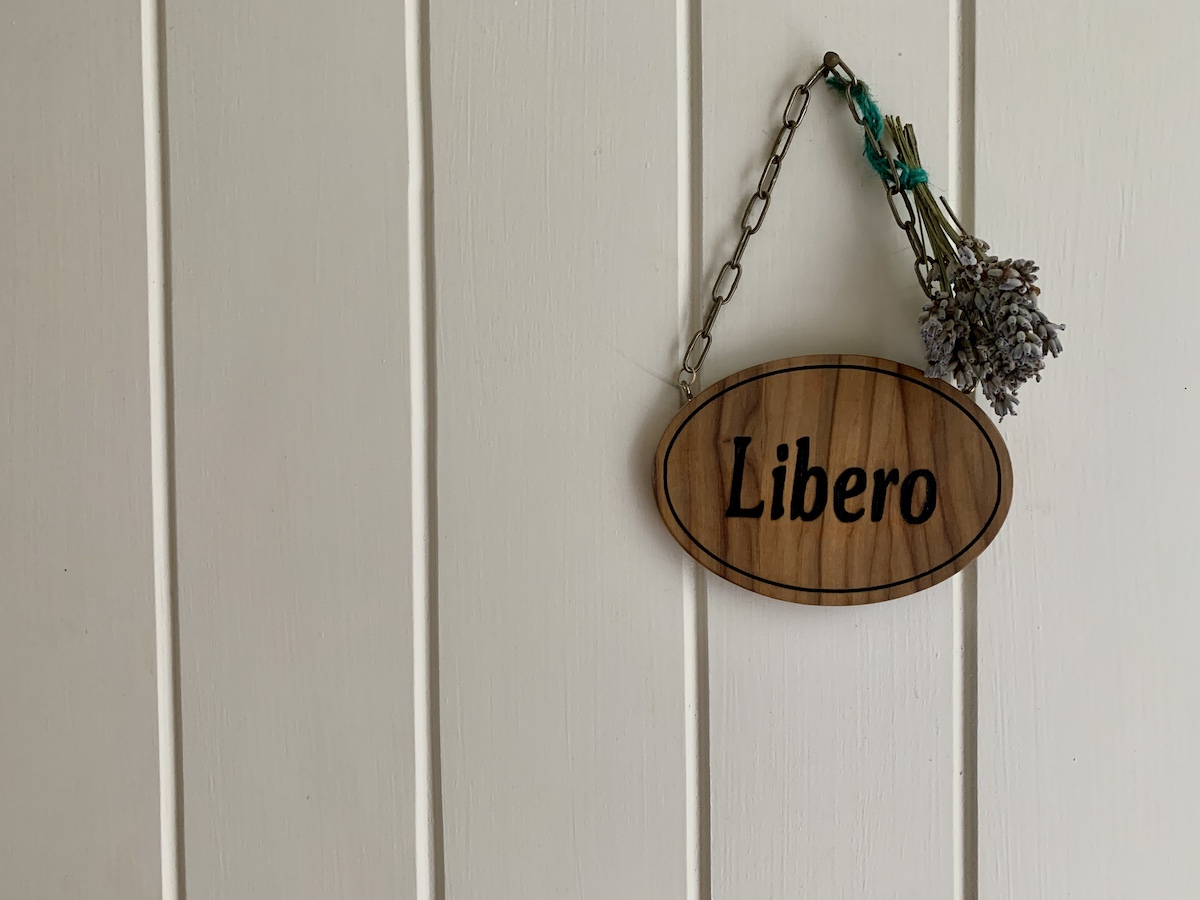 I’ve always been drawn to quirky, old houses, ones with charisma and charm. The oddities about such houses that would drive a lot of people bonkers - sloping ceilings, odd-shaped spaces, creaky floorboards etc, I find strangely appealing. I’ve also always liked manageable houses. I’ve never craved anything ostentatious, or large and unwieldy, and I actually enjoy making the most of a modest space. It forces you to be creative and imaginative. And, of course, there's nothing I love more than a challenge.

Our first house was a two up two down, lighthouse keeper’s cottage, perched on a hilltop, with incredible views from our bedroom window over the Irish Sea. The minute I saw it advertised in the newspaper and read the description, I was reeled in. It was very unique and oozed history and, although there were some compromises, these didn’t in any way bother us. It was one of a terrace of five identical houses, with a right of way for the other four neighbouring houses past our front door (ours was the first house in the terrace) and it had shared outdoor spaces, so effectively you didn't really have your own garden. But we were young and adaptable and, thankfully, we had the best neighbours so, for us, these little quirks became part of the character and charm of the house, and we and our neighbours became a merry little community. But time moved on and children arrived, and we just couldn’t make it work for us any longer so when we were expecting our second daughter, we started hunting for something bigger. After that, the next house had a lot to live up to.

For several months, Saturdays were spent going to house viewings until finally, on my way home from work one evening, I spotted an old coach house for sale just outside the area in which I had been searching. It ticked the charm box for me. The windows attracted me more than anything else - two original, arched sash windows at the back on the ground floor and two original circular windows upstairs. It was also marginally closer to the sea than our cottage, although, sadly, with no sea views. More space, our own little garden (plus a beautiful park less than a hundred meters away) and off-street parking versus sea views? Although we found the prospect of leaving our lovely, first home, and our even lovelier neighbours, very difficult to imagine, the decision wasn’t difficult in the end. Unfortunately, when I contacted the estate agent, the house was already sale agreed. I pressed her to take my name and contact me if the sale fell through. Two weeks later I got a call, and the rest is history.

The day we moved in, I can remember driving through the lovely, granite gate piers with an old carriage guard stone/post at the base of one of them. That simple, battered, granite post is one of my favourite things about the house. It harks back to the late 19th century when a horse and carriage called this house home. Guard posts were designed to protect walls from getting scuffed and damaged by the wheels of the carriage. A few years after we bought the house, we awoke one morning to find that a reckless driver had driven into the guard post during the night and it was lying, forlornly, on its side, halfway down the street. We had no idea how to repair it as it is solid granite (I would hate to have seen the state of the car that toppled it), so we moved it into our garden. However, a couple of years ago the local council were re-paving our footpath and asked us about the patch where the guard stone had stood. They very kindly offered to reinstate it and did a great job. I have always felt a sense of responsibility to protect the house and its history and I'm very glad that we were able to salvage this little piece of it.

Anyway, we never looked back and loved our old coach house, its character and many idiosyncrasies. But three daughters and three animals later, it is tight. A couple of extra rooms would be ideal. We’ve considered moving several times during the intervening years but have never been able to find an alternative house that we love as much as this one, in an area that we love as much as this area, with a price tag that we are happy with, or could afford without being mortgaged well into our old age. So, in the end, we’ve chosen to compromise and make it fit. We're also mindful of the fact that our girls won't be here forever and then we won't know what to do with all the space.

There are some specific frustrations though, workspace being one. But we’ve eked out space in every nook and cranny to make it work. My husband (who works from home) has his tiny office at the back of our bedroom, and my workspace is in an alcove at the end of our hallway, where my husband purpose-built a desk for me. It worked perfectly well when the girls were out all day at school or university and there was no passing traffic, although I have to say that I don’t like having my back to the front door (and one of the doors to our rear garden on my left hand side). It feels wrong from a feng shui perspective.

However, the limitations of the house have become magnified with five of us here 24/7 for the past year and we’ve had to get even more creative. Two of the girls’ bedrooms are snug (and girls also have a lot of stuff!) and all rooms upstairs have sloping ceilings because the upstairs goes right up to the roof (no attic), which makes placing furniture a challenge. Having felt too restricted in her bedroom several months into home-schooling last year, our youngest decided that she would create an ‘office’ for herself on the landing. It’s the brightest space in the house with a south-facing window, through which light floods in for most of the day. It’s too small a space to close off completely, plus doing so would restrict the light elsewhere, so she used an old Ikea screen to shield herself and her desk from passing sisters. Our master bedroom is downstairs, so she doesn't have to worry about us getting in the way.

Life is about compromises but in the greater scheme of things, ours are miniscule. We consider ourselves very fortunate to live in a beautiful, coastal area with terrific amenities on our doorstep. But, like most families, we never expected to be thrown together for such a large amount of time and, at this stage, even one of the cats is seeking out a bit more privacy and has resorted to sleeping on the top of the kitchen cupboards, where she knows she won’t be disturbed. Meanwhile, I’m on the hunt for my own space where I don’t have people creeping up behind me and reading over my shoulder. I fear though that the cat has already bagged the last bit of available space.