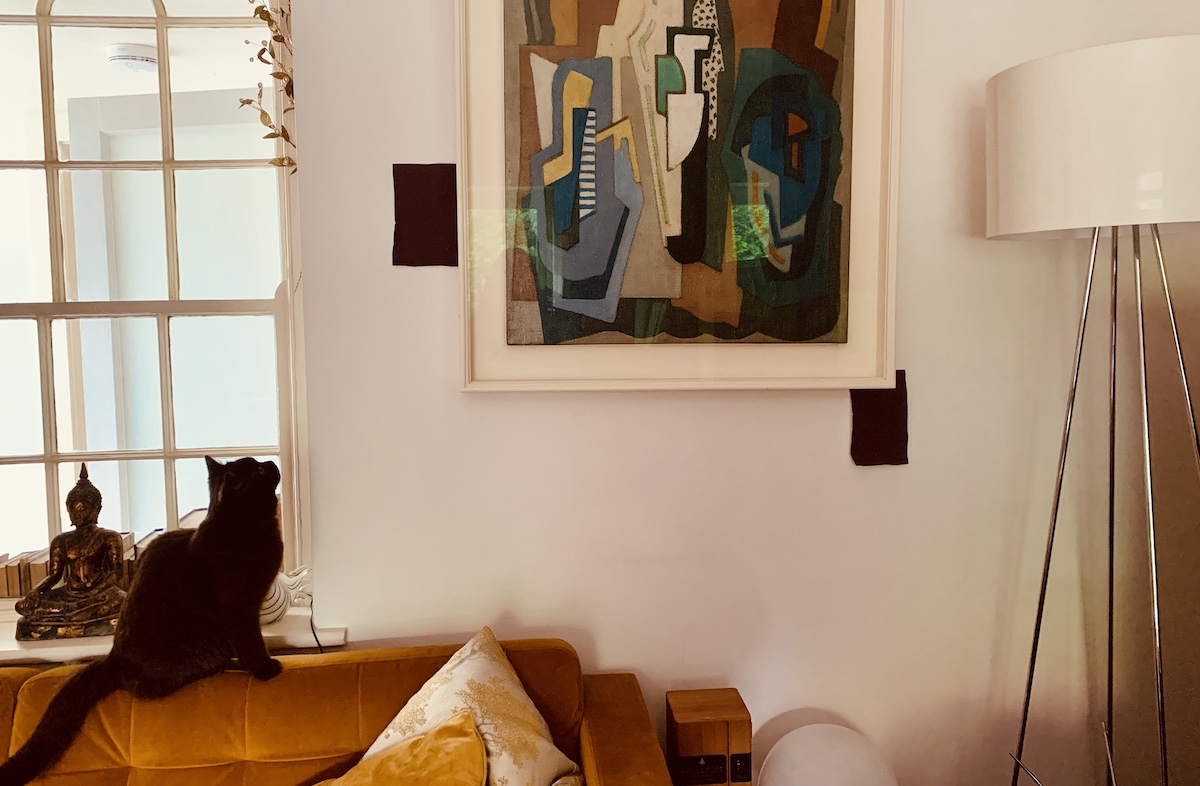 There comes a point in your life when you cross over that threshold of doing what is expected, what is predictable, and instead veer into the territory of doing whatever the hell you want, when you want, and you refuse to be a slave to social norms any longer or to care about whether people think you’ve lost the plot. I reached that point nine years ago when I decided on a whim to dye my previously always highlighted hair red. I had just done a three-year stint of rescuing a football club from extinction, I was exhausted from the stress of fundraising, dealing with problems, begging for sponsorship, late nights writing proposals, brainstorming with colleagues. So, when I made a hairdresser appointment for a well-deserved break from all the chaos and the stylist asked me what I wanted (I had booked highlights and a cut), something snapped and I said “red, bright red and a sharp, chin-length bob”.

She was a little alarmed and, although she was willing to do it, she did warn me that red was a big step, one I wouldn’t be easily able to change. I was adamant. “Honestly”, I said “I don’t care, I just want a radical change”. And I left a few hours later feeling a million dollars. I didn’t care in the slightest what anyone thought. I loved that feeling of non-conformity. I felt free and brave, like I had done something monumental. It was just a hairstyle but, hell yeah, it felt like the bold choice in a society where shoulder length blonde is the language of fitting in. It was a small thing but a significant turning point for me.

I’ve always associated turning points with colour choices. Leaving my 15 year-long job coincided with a house renovation and another brave choice to install an orange kitchen island. My eureka moment occurred during a toilet stop on an Italian autostrada, where I found myself in an orange toilet cubicle that was just so damn cool. I remember telephoning our architect as I stood at the wash hand basins and telling her about my orange epiphany. The other pretty brave choice was an entire ground floor of dark grey ceramic tiles that flowed seamlessly from one room to the next. To put it in context, it was at a time when the interior designers flooring of choice in our Celtic Tiger enclave of south Dublin was creamy travertine tiles or oak floorboards. But for all my bravery back then, the walls of our house were all painted off-white (various shades of off-white but off-white nonetheless) and, with one or two exceptions, we’ve kept them that way ever since.

It may be a reaction to Covid but I’m well and truly over the off-white. I’m not feeling the need to make bold statements all over the place but I do need to feel more interest in my immediate surroundings. Looking at off-white walls for a full year has made me realise that they do absolutely nothing for me, they don’t offend but nor do they excite. They are unremarkable and that's sufficient for my signature to already be on their death warrant. If the past year has done nothing else, it has instilled in me a very real sense of the brevity of our time on this planet and that we shouldn't be just going with the flow but embracing new experiences and really wringing every last drop out of life.

I started with the Farrow & Ball colour chart for no other reason than the house is Victorian and they specialise in heritage paint. I’ve also used their paint lots before – our gate is painted Green Smoke – and we used F&B paints a lot in our former house many moons ago when it was incredibly niche and only sold in one place in Ireland. Now though there are so many good paint brands and each has such a dazzling array of colours that it has become a veritable minefield so it's just simpler to stick with what I know and like and choose from the F&B palette. Whether I end up colour-matching (using a cheaper brand and matching to the F&B colours) is another day's work. I believe some colours match very successfully. I've tried one and it's almost there, to the point that no one would ever know that it wasn't the same colour. The problem however is that I actually love too many of the colours. Anyway, usually, when it’s just a little feature wall, like the half wall behind our bed, or a nook, I just pick a colour and go for it. But when it’s the whole house, it’s an entirely different proposition so I decided to paint testers on the walls to see how different colours react at different times of the day and in different lights. This means that I’ve now got patches painted everywhere and, you know what, the patchy look is growing on me!

This week as I changed my mind for the 100th time, I actually considered going a little crazy and painting even more patches and leaving it like that. But I’ve got three daughters who don’t yet appreciate eclecticism and already consider some of my design choices as the work of an eccentric rather than the person of great taste that I think I am! I am used to refrains of “but it doesn’t go with anything” when I arrive home with some oddment. And I am reminded of my younger self when my parents would disappear off for some Sunday afternoon antique browsing and arrive back with stuff that I considered old fashioned and out of place.

So, I’ve got to make some choices… and I have made them. Has my husband any say in the matter, I hear you ask? Well, I did consult but he has given me complete freedom to do whatever I want, surprise him as it were. So, I made my choices. Or rather I had made them until our painter texted to say that he couldn't start until August and now I have too much time to ponder and reconsider. I work better under pressure. Give me the luxury of time and I flounder and overthink and begin to doubt myself. And worse, I lose the initial fearlessness and boldness that generally dictates all my best decisions. When I don’t have time, I just go for it and have no regrets. And I genuinely don’t. I’m not someone who looks back and wishes they had done something differently. In almost all cases, even when my decisions have later proved not to have been the best ones, I have owned them and learned from them. That works for me.

Brinjal is a deep aubergine colour. Actually it appears to me to be more burgundy than aubergine (I daren't say claret because that's one of the colours of the aforementioned football club and that would be plain weird. No I did not dye my hair claret!) Anyway, brinjal is in fact another word for aubergine, something I never knew until Farrow & Ball enlightened me. It harks back to when the English colonised India. Speaking of brinjal, I want to be a paint colour namer. What a great job! I imagine the Farrow & Ball paint colour namer as someone who relaxes back in a high-backed armchair, upholstered in the finest, richest tartan, very slowly and very deliberately puffs on a pipe as he listens to the shipping forecast on Radio 4, closes his eyes for a while, then rises, walks across to a walnut writing desk, picks up a fountain pen and writes in a little, leather-bound notebook 'Cromarty - this very light green grey is named after the Cromarty Firth estuary, a place of swirling mists mentioned daily in the Shipping Forecast.'

Anyway, Brinjal - I loved it on the colour chart and a friend convinced me to run with it for one of the walls in the living room. Now I’m not a fan of feature walls in a room, especially a square room, but the wall in question is dark, being at the end of the room, with an internal window looking onto the corridor that links the original house with an extension. And they (the experts) say that you should embrace a dark area rather than trying to lighten it, so I was happy with my choice. I even talked my husband around (this is the only one of my choices where I detected a slight reservation). But last night I too started doubting Brinjal. It might look too purpley. It might be a step too far with the paler walls around it. Maybe a redder shade like Picture Gallery Red might work better or maybe blue, Stiffkey or Hague. I already have a blue alcove at the end of the hall. Tie it in with that. No, I can’t bear blatant matching and colour-coordinating. And so the conversation in my head continued as I watched Gordon Ramsey on the TV sitting cross-legged high up in the Andes, eating a rather vile looking Peruvian stew made from guinea pigs, that he pronounced to be “incredible”.

And this is where I will leave you. To Brinjal or not to Brinjal, that is the question. And that brings to mind a picture of William Shakespeare. Now, don’t you just know that if F&B did a colour called Hamlet, my decision would be made, even if it was the cinnamon shade of the cigars of the same name. But I am a great believer in signs and Shakespeare's picture may yet provide the answer. Or perhaps I should be looking to Peru for inspiration instead? This could run for a while yet.