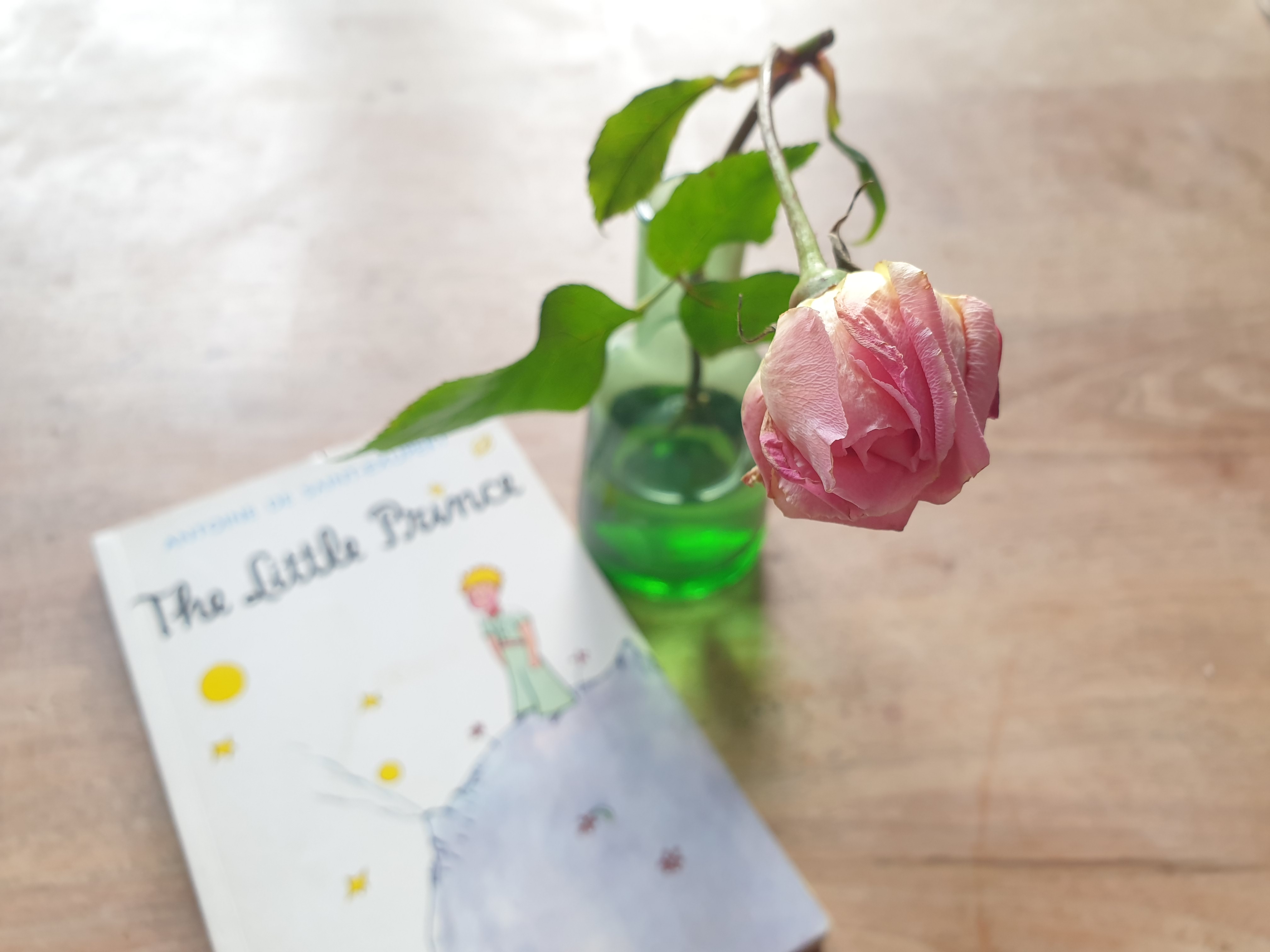 It is only with the heart that one can see rightly; what is essential is invisible to the eye.

Love! It’s all you need, according to The Beatles. It will find a way, so says Lionel Richie, and a few other people. There ain’t no cure for it, if you’re to believe Leonard Cohen. Lady Gaga thinks it’s stupid, Van Morrison calls it crazy. Music is the food of it, says Will Shakespeare. And Tennyson believes it’s better to have loved and lost than never to have loved. All are valid as far as I’m concerned.

No matter how love has touched you, one thing is certain, we’ve all been touched by it. Some of us have embraced it, it has fed our souls, others may have had it rejected or rejected it themselves, some may have little capacity for it.

It’s also a subject that many find difficult or embarrassing to talk about, extraordinary though that may seem. Why we should find it so awkward is a mystery because, let's face it, it’s fundamental to all of us, to our happiness or lack thereof. Is it the current phenomenon of needing to show strength all the time, needing to prove that we’re on top of our game, invincible? Do we now naturally shy away from any subject that might expose our vulnerability, our Achilles heel? Has love become old fashioned? Not cool? I find the whole ‘cringe’ culture so distressing. What happened to being true to yourself, not giving a toss about what others think? Why did we suddenly become embarrassed by everything? Well, in the words of a zillion teenagers “I’m so over it”. I don’t care whether people think it’s embarrassing or cringey (by the way, apparently it is now 'cringey' to use the word 'cringey') to talk about love. I happen to think it’s important.

I don’t for even a second take for granted how lucky I am to have been loved for every single minute of every single day of my life. I realise that that’s a bold statement. It smacks of arrogance too. But let me elaborate and say that I know there have also been times when I’ve been despised for whatever reason. I'm not so deluded as to imagine that I have been everyone's cup of tea over the years. While that may have bothered me at some stage, it doesn’t any longer because to know I was always loved by someone, even if I was disliked by someone else, is the most important thing. The love very effectively and efficiently cancels out the hate. The lovers cancel out the haters. So now, I very neatly side-step people who I get the sense don't really like me and concentrate instead on those who do.

I don’t put love in one category. When I talk about love, I mean all sorts of love, the love of parents for a child, the love of partners for each other, the love of friends, even the love of strangers, and that one is actually a really powerful sort of love in my book. That’s the one that comes from a deep, inherent love of people, all people, mankind. That love is a generosity of spirit.

But at the basis of it all is a love of oneself. It’s a cliché but it can’t be stated enough, you must love, and be content in yourself to be able to love others. And loving yourself is not always that easy. I don’t mean the ‘if you were chocolate, you’d eat yourself’ sort of loving yourself. I mean the one that comes from contemplation, figuring out, understanding, reconciling and accepting. To be able to understand, accept and be content is more difficult than one might imagine. You don’t come to that point overnight. Quite often it takes years of experiences, bad and good, to arrive there.

Some people are lucky to grow up in loving homes, where contentment, fulfilment and consideration for others are the cornerstones of one’s existence. Others are less fortunate. But the fact remains that we are all thinking people, and having a brain makes us capable of distilling what’s good and what isn’t and learning as we go along. We can learn about love. Usually all it takes is someone to show it to us.

I was lucky to have known love from the minute I was born and to be brought up surrounded by it. It’s a bit like the game 'tag'. I always knew I was never too far from a safe zone no matter what kind of trouble I was in. It sometimes took me a while to get back there, but I always did in the end. However, that doesn’t mean that I didn’t undervalue it from time to time. But if you’ve been brought up in a loving family, even though you may stray, you never forget. And I was equally lucky to marry my best friend. As with any relationship, it was tested from time to time but being tested, thankfully, made it stronger.

However, quite apart from family and partners, all of us have other types of love in our lives and these sustain us in different ways at different times. I measure it this way - if I was in serious trouble, outside of my family, who are the people I could call and who I know would immediately be there for me, without hesitation, without question and without condition. If you think about the different people in your life or even on the periphery of your life and ask yourself that question, you might find you are surprised by who you could truly count on.

I was struck by this over a year ago when I lost my beloved father. Everyone who knew me knew just how close we were. Not only had he been my hero as a child, I had worked alongside him, I had learned some of my most valuable life lessons from him and, finally, I had had the privilege of caring for him during his illness, bringing him to endless medical appointments, during which we spent a great deal of time talking. I knew he adored me, overlooked all my faults and would quite literally have done anything for me. And, of course, the feeling was entirely mutual. So, when he died, well, everyone who knew me could imagine the loss I was feeling.

However, his illness and death awakened in me a capacity for acceptance and a resilience that I didn't know I had. And I believe that is another measure of love. When you’ve given it and received it in abundance, you can have no regrets. It doesn’t just vanish. It remains in your heart and in your memory. It gives you inner peace and inner strength.

It goes without saying that my family, extended family and close friends were exceptional both during Dad’s illness and afterwards. But what struck me more than anything at that time was the kindness of strangers. I use the word strangers in its literal sense, but I also use it loosely. I had had no regular contact with very many of the people who offered support and kindness during that time, and many who continue to do so even now over a year later. People who popped up from my past, others who knew and loved my Dad, even if they did not know me, and could empathise with how I was feeling. I was overwhelmed by the kindness and concern. That’s all you could ever want in life, the comfort of knowing there are people out there that have such capacity for love that they give it willingly even to those they don’t know.

We see it in practice all around us on a daily basis. Think of all those who volunteer for charities or even just generally. The reason they do is to make life better for someone else. They give up their time for no monetary return to help others because they are good, kind, unselfish people. That is undeniably an act of love. There are others too who open their hearts in smaller ways – offering someone who is stuck a lift, giving a home to a rescue animal, buying a cup of tea or food for a homeless person, cutting a neighbour’s hedge, baking a cake for a charity sale, engaging in conversation with an elderly person at a bus stop or, as I said above, offering that arm around the shoulder when someone is in trouble. Love comes in all sorts of guises.

During this pandemic I believe we have become better people. Perhaps it’s a consequence of not being able to leave the house, no long commutes to work, no socialising, less hectic lives, having time to be a little more considerate of others, having time to check in on neighbours, to support local businesses. I’ve seen it all around me. I’ve even seen it in myself. I hope that those of us who are lucky enough to have made it through this time untouched by illness, job loss or any other misfortune will be grateful, respectful, considerate, kind and generous, not only to those we know but also to those we don’t know, once life returns to normal. I’m not religious in the formal sense but the words of St. Matthew ring in my ears “by their deeds they shall be known”.